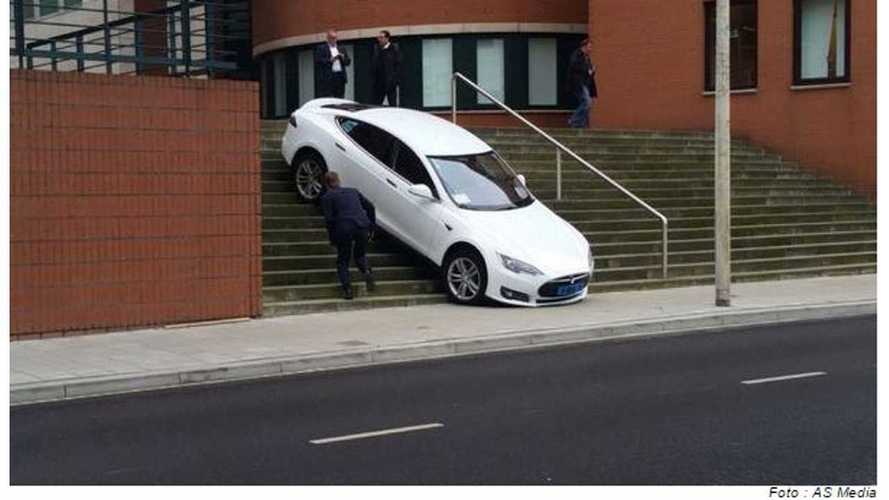 Blame it on Autopilot, right?

Actually, it seems nobody is willing to discuss how this Tesla Model S got to where it is seen in the image at the base of the stairs, but we imagine that it wasn't easy to remove the car without futher damaging it.

The Telegraaf writes (via Google Translate):

"How he managed it is still a mystery , the fact is that this taxi driver this morning was lost right away in The Hague . The man got stuck with his expensive Tesla on a staircase."

"The driver accidentally drove the stairs Regulusweg off and then could not move anymore . The only thing there was , was a tow truck to call for a ride. It is still unclear whether the taxi has been damaged."

Moral of the story - stairways aren't meant for cars. Keep to the roadways.

Update:  Some live video of the car on the stairs and its removal lets us know how it got back to its owner from this precarious position