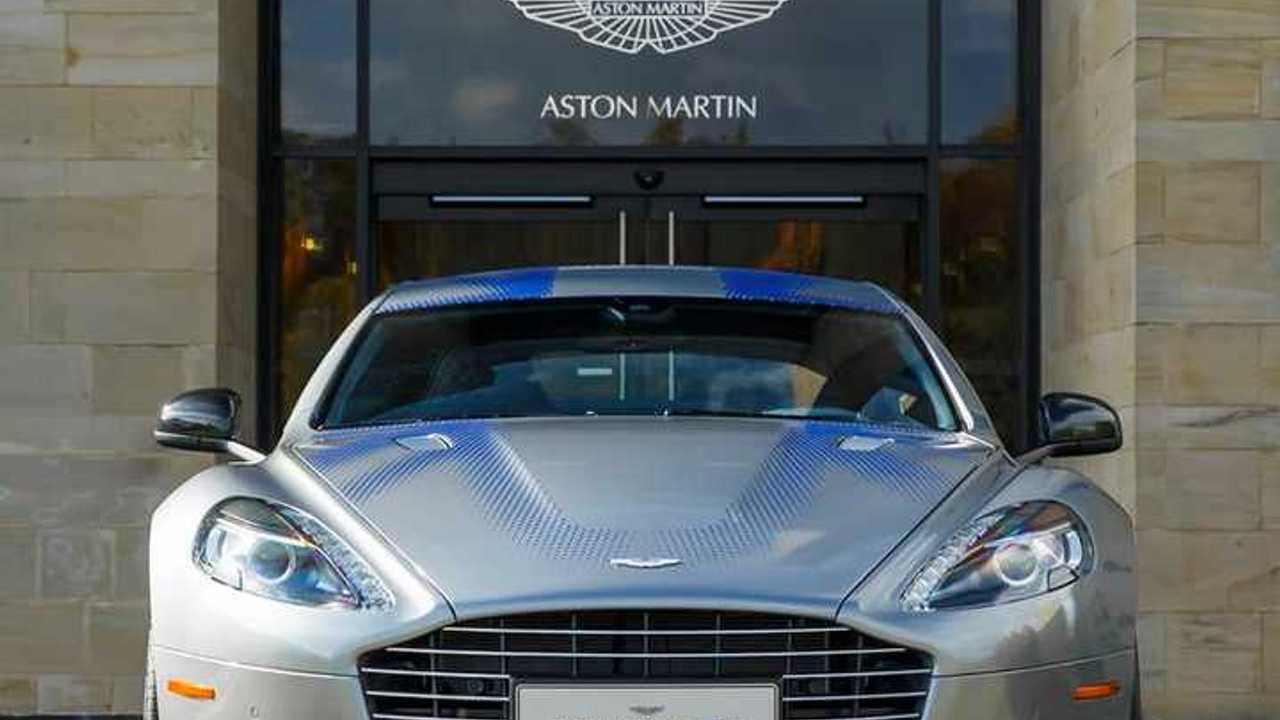 There were no specs revealed at this time, but a production version is expected in about two years.

Autocar provides us with some insight. We've learned that Aston Martin is considering two versions - rear wheel drive and all-wheel drive possibly with 4 independent motors, with total 800-1,000 or so hp.

Aston Martin CEO Andy Palmer said that 200 miles of range “reasonably driven” is expected for the RWD version. On the other hand, the more powerful AWD version will have shorter range, but we don't understand exactly why (dual motor Teslas with similar tire sets have even higher range than RWD versions).

RapidE will be "track ready", and is developed to be able run on the Nurburgring without battery power constraints.

The plan is to produce only 400 units a year at Gaydon facility, and around 100 are expected to be sold in China.

More on the project from the press release:

"The new RapidE concept has been developed in collaboration with Williams Advanced Engineering at its facility in Grove, Oxfordshire. It is on display today in support of a creative summit organised by the British government’s successful GREAT campaign to showcase the best of what the UK has to offer and encourage people to visit, do business, invest and study in this country."

"During the Lancaster House event, Aston Martin and Chinese investment group, ChinaEquity, announced an agreement to explore the development of a production version of the RapidE concept. If successful, the new luxury sports car would be constructed at Aston Martin’s global HQ in Gaydon, Warwickshire, and could be brought to market in around two years."

“We see luxury electric vehicles as an intrinsic part of our future product portfolio and welcome ChinaEquity into the next phase of study for the project development.

“The exciting RapidE concept tangibly demonstrates the capability and ambition of Aston Martin towards developing low- and zero-emission sports cars.”