In Europe, Toyota Will Sell Over 90% Of Mirais In Germany, UK & Denmark 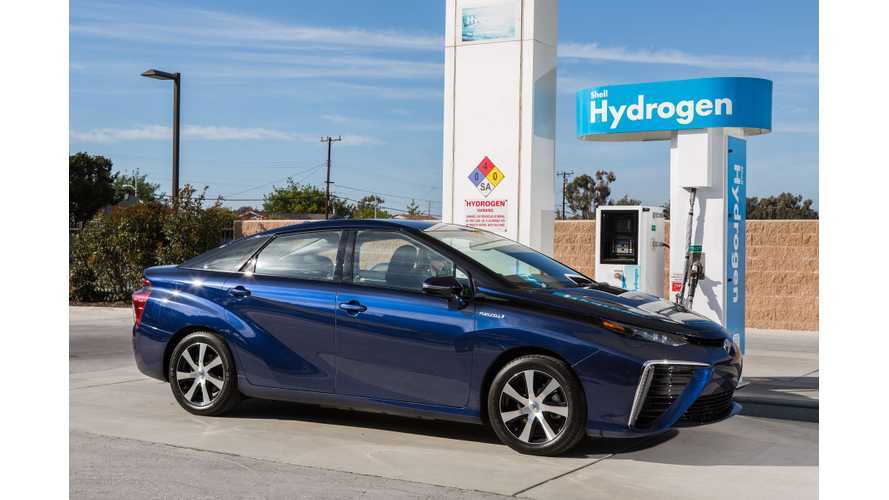 Mayor of London Boris Johnson Confirms Transport for London as a First Customer for the Toyota Mirai. Picture by Andrew Parsons / i-Images

Toyota Mirai sales in Europe will be mostly focused on two countries - Germany and UK - due to their hydrogen infrastructure being in the most advanced stage, according to Automotive News Europe  (and also maybe to do with the greater incentives available to Toyota in Germany).

One more important market will be Denmark with 7 stations (12 by end of the year).

One new station will be opened in Belgium, near Toyota's technical center.

"Mirai customers will not have to worry about the resale value or maintenance of their car because everything will be included in the monthly lease rate."

Example price per kg of hydrogen in Germany, according to Automotive News Europe, is about €9.5 ($10.5), although we are not sure whether this includes some incentives or not. Full tank needs 5 kg of hydrogen for 312 miles (502 km) of EPA range.