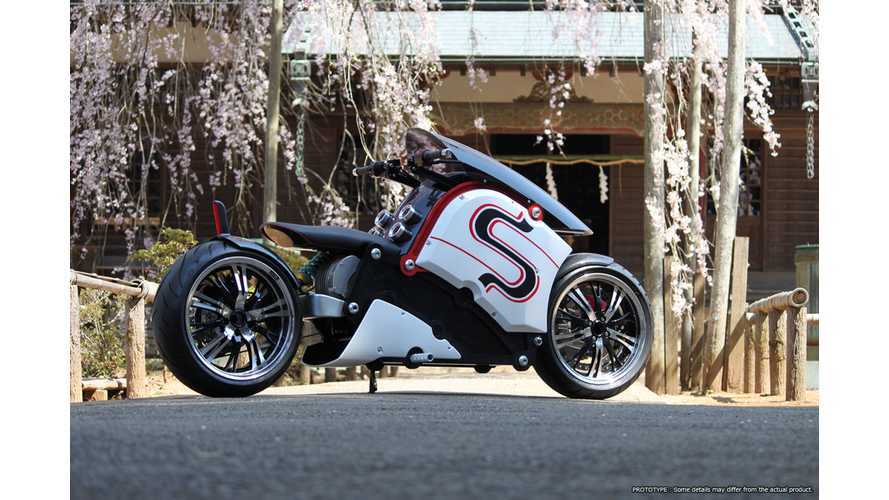 Continuing our line of thought about Zero drivetrains being used in custom bikes, here's the ZecOO, a Japanese-built essentially custom motorcycle built around the Zero drivetrain, designed by Koza Netu.  With hub-center steering, it's certainly a design dream, maybe an engineering nightmare...  at the very least, a solution for a problem that doesn't really exist, perhaps.

This is a story that's a couple years old, though, but the dream still appears to be alive via Cycle World.  Mabye this is just breaking over in ICE bike land.

Specs?  Would we let you down?

We searched around for clips of this thing actually under power, and found this.  Somehow, a couple of things come to mind.  The first, is an almost indescribable feeling of watching sort of a guy on a lawnmower pushing a shopping cart.  Second, a review we read back, oh maybe 20 years ago comparing several large touring bikes, and describing riding a Harley FLCH in the "twisties" segment of the review.  "The only thing scarier..." started the reviewer, "...than riding the Harley through the curves, was seeing another one coming at you from the other direction while doing so."