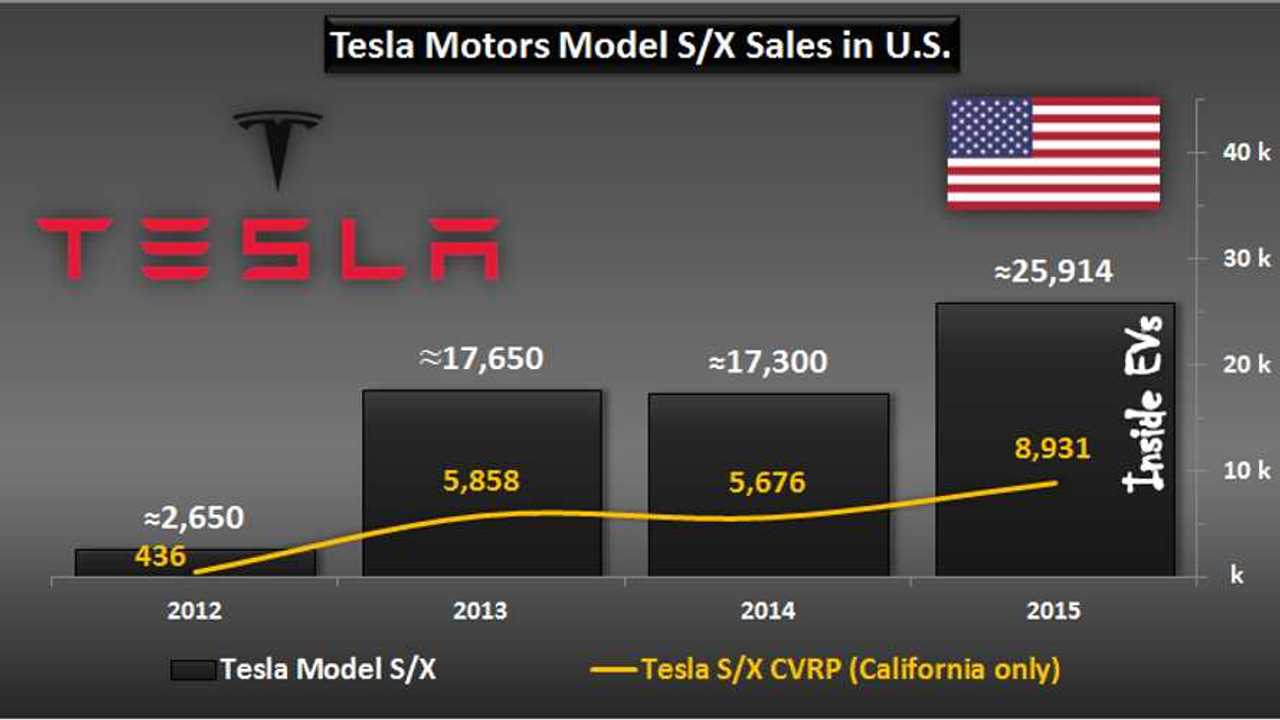 California is definitely a welcoming state for sales of plug-in electric cars due to high demand for such vehicles and generous incentives.

According to California Air Resources Board’s Clean Vehicle Rebate Project (CVRP) stats, Tesla sold some 9,000 electric cars in the state in 2015 - well, not necessarily 8,931, as perhaps some additional cars were sold, but the buyers didn't apply for the rebate.

Also of interest are monthly stats, which show a strong December surge in CVRP to a record 1,583, up from 820 one year ago!

(We should note that the CVRP data does tend to be a bit trailing, so there is likely some November sales mixed into December results...given this, the overall 2015 sales in Califonia are likely a even touch higher than stated, given the expectation of some bleeding of the report into January 2015 numbers, that probably should be logged in December)