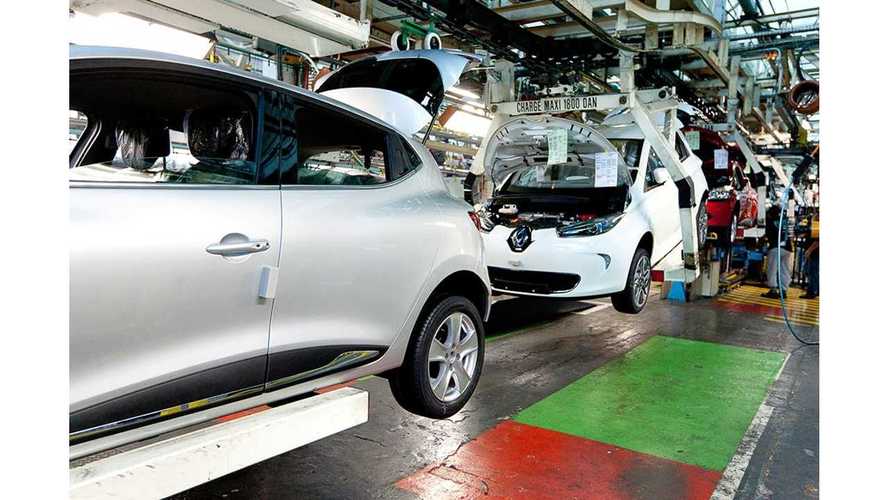 Renault believes in the strong potential growth for ZOE electric car sales, and as such is gearing up for increased production.

The Flins factory (in France) is already producing about 120 ZOE a day (up from 90 in the Spring, when the Superbonus was launched in France).

Now the company says that production will expand again - to 150 units a day by the end of November.  The sudden change is probably adjusting for expected growth from the expanded diesel scrapping scheme in France next year and also higher demand throughout Europe.

At 150/day, Renault would be able to deliver 3,000 ZOE a month (considering the French employees on the single shift working 20 days a month). Annual production would be ~36,000, a level of sales that the ZOE has never experienced such high volumes in the past.