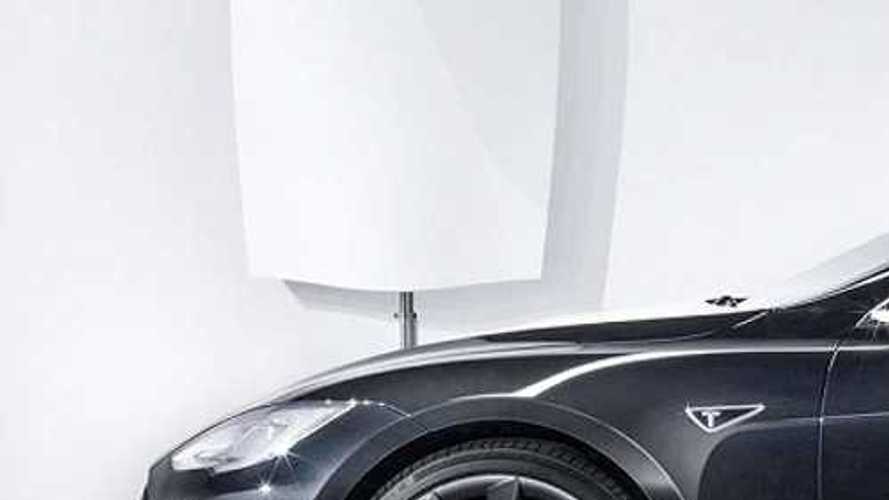 By now most people are familiar with Tesla's referral program.

Specifically, that a new Model S purchaser using another current Model S owner's referral link nets themselves a $1,000 off the MSRP and gets the referrer $1,000 worth of Tesla credit - which can then be used on things like accessories, service bills or on a future new Tesla vehicle purchase.

On Wednesday, Tesla started sending notes out to owners (at least in the US and Canada) on the program which expires in 2 weeks - October 31st, 2015 (Tesla website details) and highlighted that for every five referrals, Tesla will throw in a free energy storage solution - the Tesla Energy Powerwall (which comes in 7 kWh daily use and 10 kWh back-up configurations) as well as the cost of installation for the unit.

The other aspects of the referral program (and contest):

Tesla's disclosure/details of the program:

In addition, those who make five referrals will receive a free Tesla Powerwall (including installation), as well as an invitation for them and a guest to attend the Gigafactory grand opening party. Those who make ten referrals will get the right to purchase a fully loaded Founder Series Model X, which is not available to the public, for the price of a base-level Model X—roughly a $25,000 saving. The first person to make ten referrals in each sales region will get a fully loaded Model X for free, and if you’re the top referrer on October 31st, we’ll swap your Model S out for a fully loaded Ludicrous P90D.

Limits You must be a current Tesla owner to make referrals and cannot refer yourself. Discounts will be available for you to use when your friend’s order becomes non-refundable. You can use discounts toward a service center visit for your Tesla, to buy accessories or even a new Model S. Discounts are not transferrable and cannot be used to make monthly payments, purchase pre-owned Model S, or reserve Model X. Your referral rewards may be different if you live in certain states. You will receive a separate notification if this is the case.

In Asia And Two Others

Free Car The first person to refer ten friends in each sales region— North America, Europe, and the Asia-Pacific — will receive a free Founder Series Model X. They will be invited to configure their Model X once all ten friends have taken delivery of their new Model S. In addition, the top referrer on October 31st in each sales region will have their Model S exchanged with a fully loaded Ludicrous P90D once all of their friends have taken delivery.

Redemption Discounts will automatically be applied to the purchase price of any new Model S. Discounts on service and accessories will be available beginning August 15, 2015. Remaining discounts will expire on December 31, 2016.

Tesla also notes some exclusion states for the program for the US in the email:  In OH and VA customers placing a new order using a referral link receive $2,000 off the purchase price and the current owner does not receive any monetary award. Their eligibility for prizes remains per all other states.