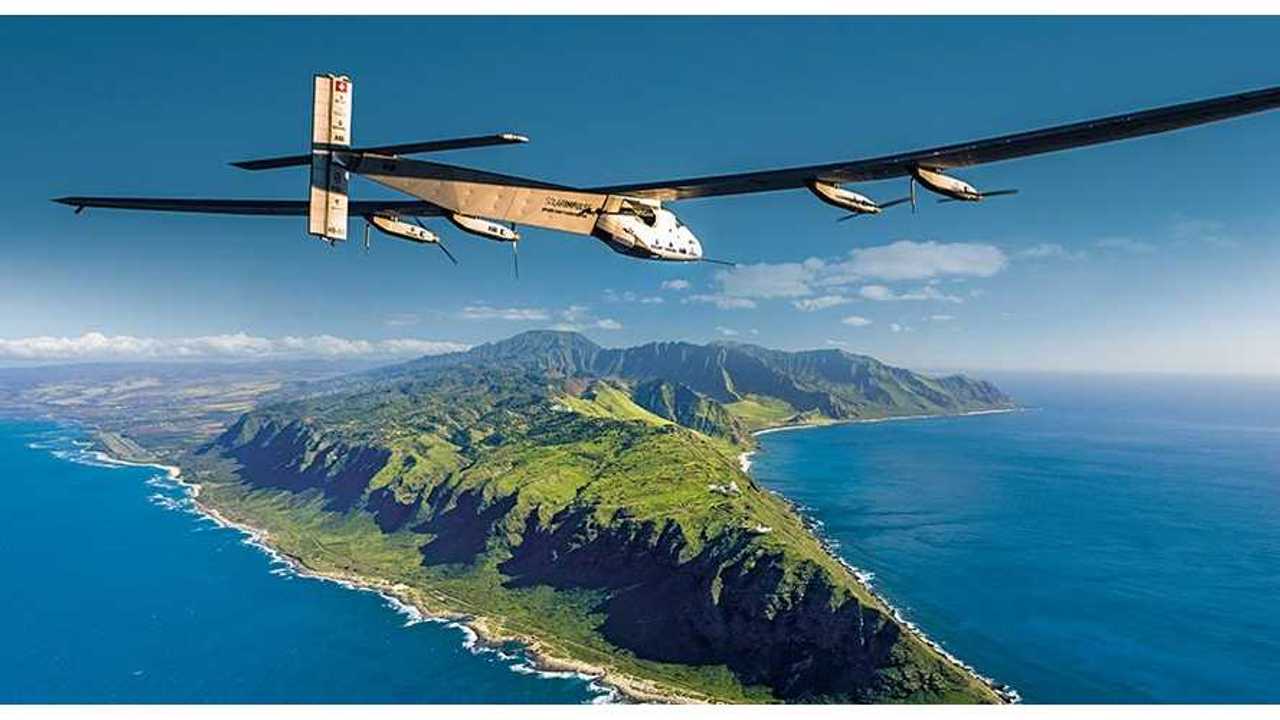 Battery damage caused by overheating will stop the Solar Impulse 2 in its journey around the world by April 2016!

So, the solar aircraft is stuck in Hawaii for over half a year, it seems.

The team didn't reveal any details, although overheating occurred on the first day of the flight from Japan, so they were lucky to be able to continue another 4 days.

Solar Impulse 2 will be hosted by the University of Hawaii with the support of the Department of Transportation in a hangar at Kalaeloa airport. Post-maintenance check flights are expected in 2016.

"Despite the hard work of the Solar Impulse team to repair the batteries which overheated in the record breaking oceanic flight from Nagoya to Hawaii, the solar powered airplane of Bertrand Piccard and André Borschberg will stay in Hawaii until early spring 2016.

Following the longest and most difficult leg of the round-the-world journey which lasted 5 days and 5 nights (117 hours and 52 minutes), Solar Impulse will undergo maintenance repairs on the batteries due to damages brought about by overheating.

During the first ascent on day one of the flight from Nagoya to Hawaii, the battery temperature increased due to a high climb rate and an over insulation of the gondolas. And while the Mission Team was monitoring this very closely during the flight, there was no way to decrease the temperature for the remaining duration as each daily cycle requires an ascent to 28’000 feet and descent for optimal energy management.

Overall the airplane performed very well during the flight. The damage to the batteries is not a technical failure or a weakness in the technology but rather an evaluation error in terms of the profile of the mission and the cooling design specifications of the batteries. The temperature of the batteries in a quick ascent / descent in tropical climates was not properly anticipated.

Irreversible damage to certain parts of the batteries will require repairs which will take several months. In parallel, the Solar Impulse engineering team will be studying various options for better cooling and heating processes for very long flights."