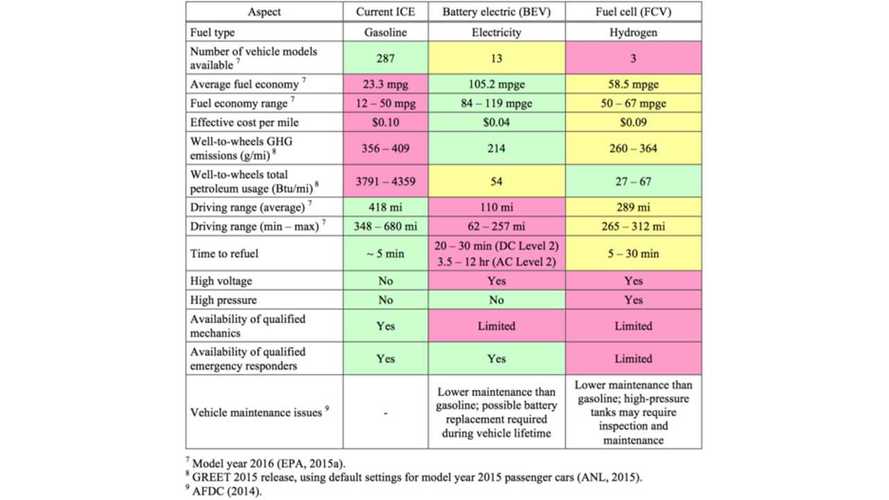 Electric cars have an edge over FCVs because they entered the market earlier and there are more and more models available on the market, that are sold in volume. Home charging infrastructure is already there and mostly requires only the install of an EVSE, while the public infrastructure also is growing. BEVs will be soon reinforced by new longer-range models (200 miles), and the public fast charging power is to increase to 150 kW in the coming years.

On the other hand, we see only a few FCVs available in tiny numbers in only some countries, sold or leased by only some dealers. Refueling infrastructure is not ready, and because you can't refuel at home, there is not much benefit from the longer range...currently. Moreover, FCVs are expensive - comparable to long-range BEVs - Tesla Model S.

There are serious doubts about any environment benefits of FCVs compared to BEVs.

Here is a summary of some aspects - striking is that the effective cost per mile of FCV is nearly on par with ICE: