GM And LG Teamed Up Intimately To Produce Chevrolet Bolt, Lots Of LG Inside 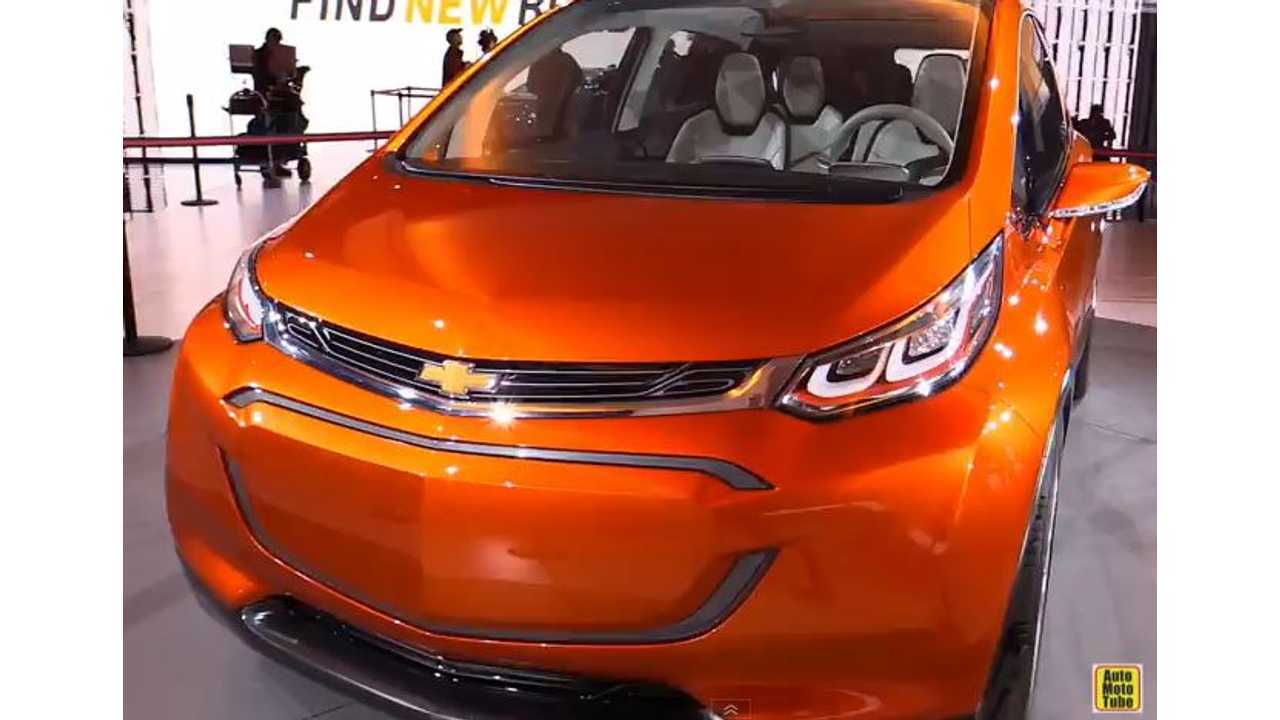 Chevrolet Bolt Has More "LG" In It Than Any Other EV

General Motors and LG Chem held a press briefing today from the automaker's Warren Tech Center, Battery Lab campus to detail their expanded relationship together on the upcoming Chevrolet Bolt - a compact utility crossover that the companies promises with have more than 200 miles of range and be priced around (or lower than) $30,000 post-incentives in the US when it comes to market late next year.

More Than Just Batteries: LG Will Be Supplying Both The Infotainment And Instrument Cluster In The Upcoming Bolt

“Chevrolet needs to be disruptive in order to maintain our leadership position in electrification. By taking the best of our in-house engineering prowess established with the Chevrolet Volt and Spark EV, and combining the experience of the LG Group, we’re able to transform the concept of the industry’s first long range, affordable EV into reality.”  - Mark Reuss

GM gave some backstory on the Chevrolet Bolt, which it frames as a "joint planning and research" project, stating that engineers from the two companies had considered different vehicle architectures, as well as different ranges and performance options, until ultimately landing on the decision that the Bolt needed to be "affordable and deliver 200-plus miles of all-electric driving with spirited performance. "

In addition to listening to LG's expertise on what vehicle to best offer, GM noted a long list of components and systems provided by the battery maker:

What is most interesting from this list, is that many of these e-drive systems were processes that GM had taken in-house for the Chevrolet Volt and Spark EV (such as the battery pack assembly in Brownstown, Michigan) - not so anymore apparently, which may speak to LG's ability to control costs or a trade-off in the partnership.  An LG-sourced infotainment system and cluster is also a major departure from GM's mostly standardized interior lineup.

The expanded involvement of LG inside the project may also be due to the fact the battery maker seems to have done some considerable lifting in the R&D department for the Chevy Bolt, saying it has spend over $250 million dollars between LG Chem, LG Innotek, LG Display and LG Electronics in engineering, and in a manufacturing facility based in Incheon, Korea "to support the component development and manufacturing for Bolt EV components."

“Being selected as GM’s EV technology partner positions LG as a key player in next-generation vehicular technologies. The opportunity to work with GM on such game-changing technology is indicative of exactly the type of contributions that traditional tech companies can make in the automotive space.”  - Woo-jong Lee, president and CEO of the LG Electronics Vehicle Components Co.

LG has long expressed a desire to do more than just being a battery cell supplier to OEMs for their electric vehicles, today we are seeing the first fruits of that new passion come to light.