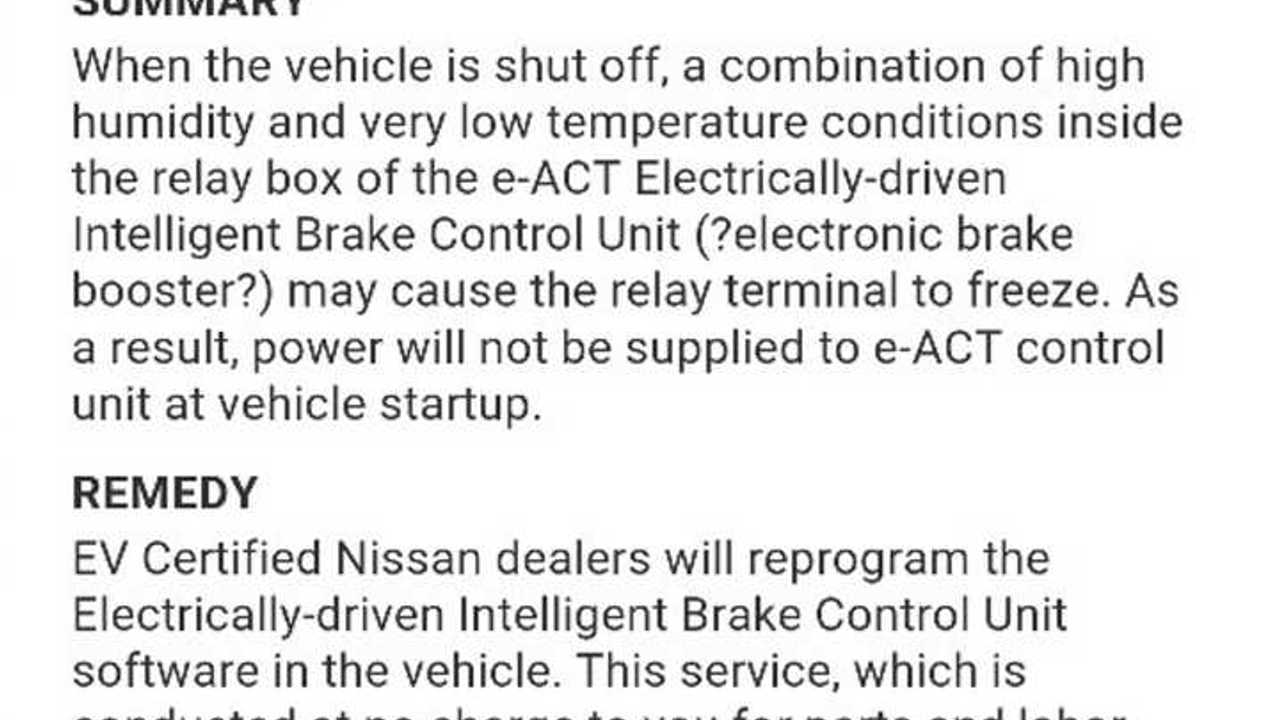 Way back in March of 2015, Canadian regulators began looking into a potential problem with some 2013 through 2015 Nissan LEAFs.

Think below zero temps (Fahrenheit). That's what is meant by severe cold in this instance.

Well, it took awhile, but those regulators did find fault with the LEAFs and in conjunction with Nissan, a remedy (see email above) has now been issued.

Though not officially listed as a recall (since it applies to so few LEAFs, given the below 0 temps requirement), those who experience this problem (both in Canada and in the U.S.) can take their LEAFs in for a free fix.