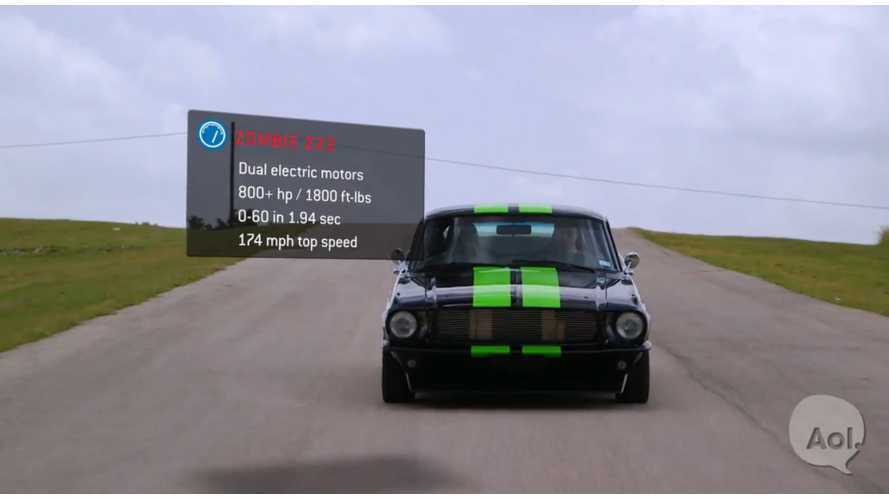 Translogic visited BloodShed Motors in Austin, TX to check on rumors of an electric zombie in town.

As it turns out, there was one - Zombie 222, formerly a 1968 Ford Mustang, converted to an electric drive by BloodShed Motors.

At 0-60 in 1.94 seconds it's the quickest zombie and, according to the BloodShed Motors, they intends to increase top speed from 174 mph to 200 mph through Kickstarter.

Battery pack is small to keep weight down, so range is just 50 miles.

It seems the Translogic video works for some viewers, but not others.  You'll find the video at the source link below.