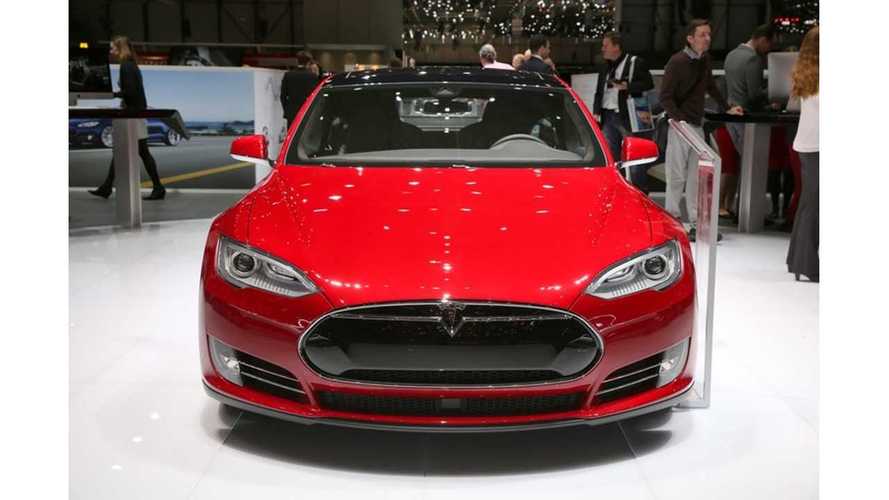 December 2015 was the month of Tesla Model S and Mitsubishi Outlander PHEV globally, as tallied by the latest EV Sales Blog report.

It's estimated that Model S sales nearly hit 8,300 worldwide, while Outlander PHEV surged to over 7,000. Both models differ significantly, as the Tesla is all-electric sedan, while Outlander is a plug-in hybrid SUV. We hould note, that the Outlander PHEV isn't available in the U.S., so its sales are even more remarkable.

Both the Model S and Outlander PHEV noted strong demand in December, likely due to a few European countries changing incentives policy.

In third, with 5,500 sales, was BYD Tang - another plug-in hybrid SUV, but this time Chinese and limited to China's market.  Interestingly, the Nissan LEAF finished barely ahead of the BMW i3. Generally speaking,  the spots on the sale chart gets tight in the 3,000s.

If we compare numbers for 12 months, the Tesla Model S secured another win as the #1 selling plug-in electric car worldwide in 2015! We must just note that 51,390 is slightly different than Tesla's 50,366 based on three confirmed quarters and the fourth quarter being estimated, as worldwide data can only be tracked by a mix of registrations reported in a country when OEM-direct data is not available, which can lead to some variances due to delays/differences in sales date recognition.

Nissan LEAF sales dropped in 2015, enabling the growing Mitsubishi Outlander PHEV to nearly take the second best spot.  We imagine that the new 30 kWh version of the LEAF will be able to sustain the model enough to hold onto the number 2 spot in 2015.  BYD now has two models - Qin and Tang in the top 10.

Chinese company BYD is the largest player these days, and that won't change in 2016 if they truly intends to double sales this year - a boast made by no other OEM.

Tesla Motors is in second place, while poor Nissan not only lost its first place position, but it fell all the way to fourth (at least according to estimations).