GM's Reuss: Believes Chevrolet Bolt Pricing Will Be Below $30,000 With Tax Breaks - Video 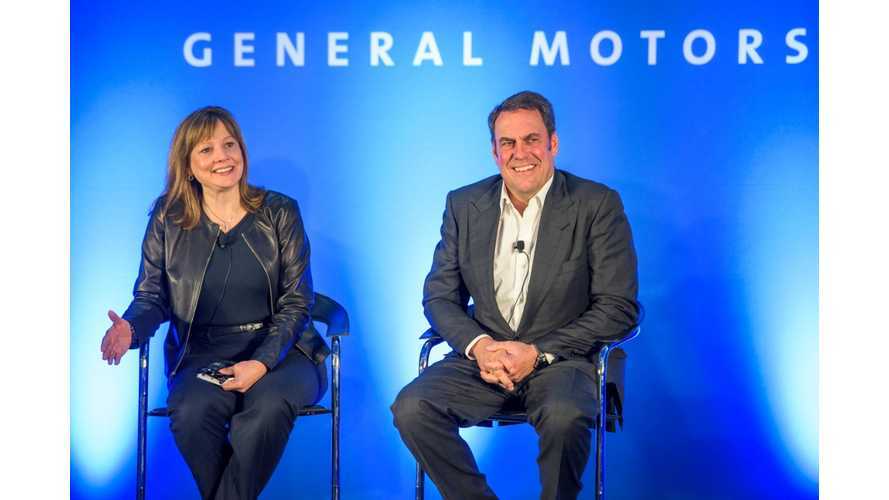 A recent piece by Yahoo! Finance frames an interview with GM's Product Development Chief, Mark Reuss as "How GM Plans To Beat Tesla" - but we just don't see any of the two company's products being rivals anytime soon.

One could suggest that GM's upcoming 200 mile, all-electric Chevrolet Bolt will cut into Tesla's Model 3 market somewhat, but considering how even Mr. Reuss frames GM's next EV as "a little utility-type crossover if you will," should end any Tesla vs GM confrontation right there.

No, the part that really interests us from the interview (from 0:40) with Ruess from GM's Global Business Conference, is the statement the Chevrolet Bolt is likely to be cheaper than we had originally been lead to believe (Specifically, "around $30,000" after tax breaks - which generally translates to "low 30s" in auto-speak)

Really, there is nothing we appreciate more than when we hear an auto executive lower pricing expectations on a upcoming EV, while also talking up its abilities at the same time!

GM Outline Chevrolet Bolt Battery Cost - How Much Clearer Can You Get?

Perhaps this price reduction has something to do with GM's revelation (and reiterated by Ruess in the interview) that the raw cells found inside the Bolt are only costing the company $145 per kWh from LG Chem?

Interestingly, the GM exec doesn't state today's charging infrastructure is the number one roadblock to EVs as many of his peer's do, but rather the main impediment to EVs is the charging times of the cars themselves; of which Ruess says "that charging quickness will be radically changed here in the next few years."