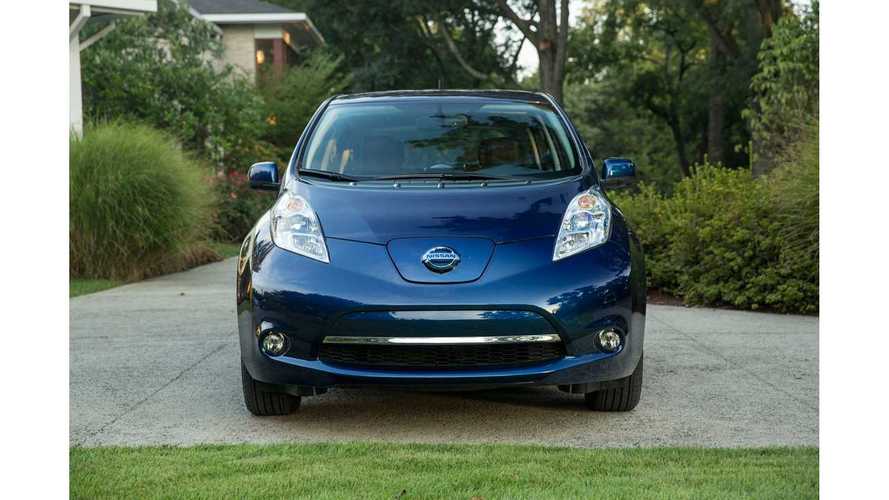 Internal documents filed by the Environmental Protection Agency show that the 2016 Nissan LEAFs officaly gets 107 miles of combined range when equipped with the 30 kWh battery pack (SV and SL trims) - as expected/reported with Nissan's official announcement on the EV (full details here).

That's a significant improvement over the 24 kWh versions 84 miles of combined range.

Charge time increase slightly when equipped with the 30 kWh pack (from 5 hours to 6 hours with the 6.6 kW onboard charger.

Meanwhile, efficiency figures have changed slightly too, with the bigger battery version coming in at 112 MPGe combined, while the 24 kWh version keeps its 114 MPGe rating: