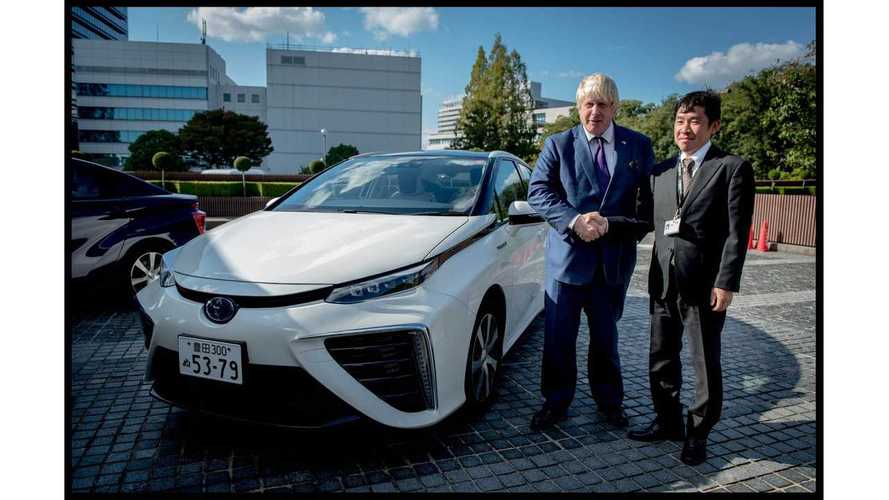 The other first Mirai will be used by Transport for London and Greentomatocars. Boris Johnson, the Mayor of London, happily confirmed the news during a three-day trade mission to Japan.

“It is fantastic that London will benefit from these new state-of-the-art hydrogen vehicles. By embracing this technology of the future, we aim to consolidate hydrogen’s role as a practical alternative fuel for the 21st century and beyond. I am sure that Transport for London will provide the ideal environment for us to see everything Mirai can do and, in doing so, take another great step towards improving air quality in our city and protecting the health of Londoners.”

A lot of comments about the hydrogen fuel cell car Toyota Mirai suggest that a significant part of those cars in Japan and other places will be bought by government institutions, rather than ordinary consumers due their high price tag and lack of refueling infrastructure. We will be watching carefully whether this pans out.

ITM Power recently signed a fuel contract with Toyota. According to the press release, total hydrogen output of three stations is 400 kg/day (over 133 per one) and the price will be £10/kg ($15.5/kg), a little more than nearly $14/kg in U.S.

"The Company has also today signed its first fuel contract, with Toyota, covering the green hydrogen fuel dispensed from the three London HyFive refuelling stations, funded by the Fuel Cells and Hydrogen Joint Undertaking (FCH JU) and the two further refuelling stations funded by OLEV and the FCH JU. Following a recent Strategic Forecourt Siting Agreement, three of these hydrogen stations will be deployed on existing fuel retail forecourts in London. The refuelling stations have a total capacity of 400 kg/day and will form the initial seeding of a UK green hydrogen infrastructure initially centred on London.

“It is an honour for ITM Power to be the first customer in the UK to receive a Toyota Mirai.  The Mirai FCEV is, quite simply, the future of transport and we are delighted to be part of that future. We will be working closely with Toyota to ensure that Mirai drivers have the most rewarding driving experience possible.”