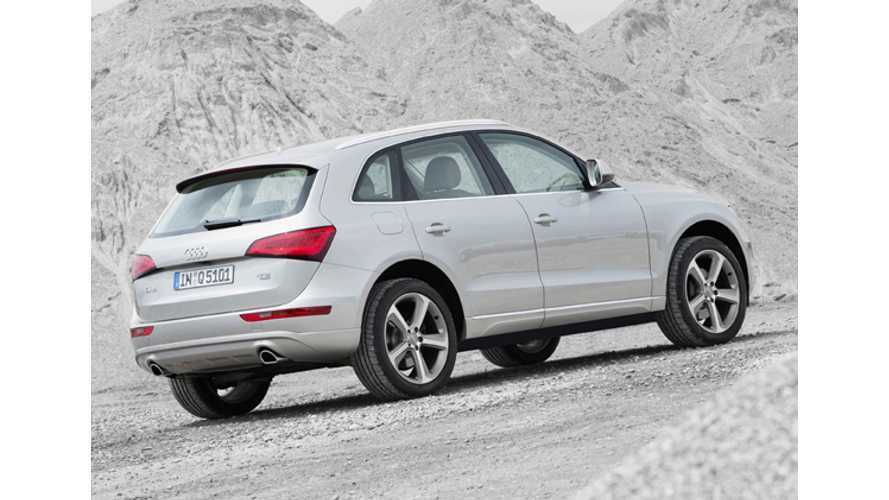 In a few months an Audi Q5 will drive itself up several floors of a parking lot before both parking and being automatically charged by a robot at a garage in Stuttgart, Germany.

Thomas Schamm, Division Manager at research group FZI, says these types of systems could begin to arrive widespread as soon as three to four years as a subset to autonomous driving. Schamm explains how a parking garage may start out with “just one deck” dedicated to autonomous parking. A dedicated deck solves many problems as well as providing safer advantages.

“The best option would be that the car doesn’t need any structure or communication, but just moves through the entry of the parking garage and then finds its way by itself and not following any other information,” Schamm said.

Not every spot in an autonomous deck would require a charging robot. In three to four years, most vehicles will be propelled by something other than electric. Furthermore, once fully charged, an EV could move itself to an empty spot and make way for another EV.  An autonomous deck also lends itself to possibilities for different size vehicles as well as the ability to park in compact spaces without the need for opening doors. This information could be collected upon entry to the deck.

Elon Musk also tweeted the possibilities of a robotic charge exchange earlier this year. The robotic arm approach will require industry charger standardizations as well. Such advancements in autonomous parking could expedite standardization for autonomous charging, and give way to wireless charging. Either way, communication standards are vital.

Due to the current connection limitations found in GPS navigation systems, Schamm said that the FZI researchers have incorporated “time of flight” cameras onto the cars that they have been working on. These cameras allows sensors to determine the depth of objects that they are coming up to.

“It’s not just relying on GPS information,” Schaam said. “For the first thing you need to have is good information about the environment”.

This can include onboard information that is stored by the car. The information can then be fused with the data collected by the onboard cameras.

Schamm said that a method of fusing what the car sees and what it already knows can allow a picture of the environment to be created, and if researchers can “develop algorithm to recognise landmarks” then automated cars will be able to cope when they lose their bearings.

The applications for autonomous parking opens many doors, from airport parking, to limited city parking. Autonomous charging opens even more door for EVs. Apartment dwellers lacking vital charging infrastructure could potentially be provided a solution within a decades time.