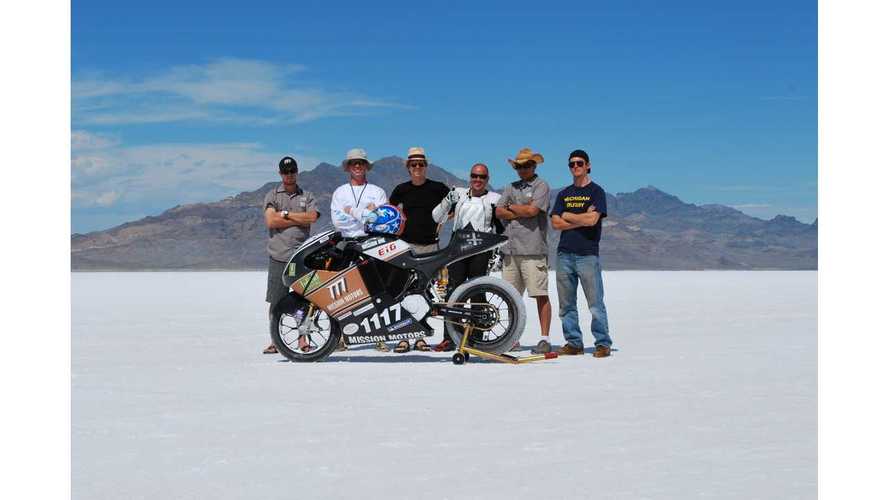 In a story that's making the rounds in the EV motorcycle community, Reuters has reported that Mission Motors is among the list of companies that Apple has been poaching (their words) for a mysterious, and thus far undocumented, electric car project and was in part the cause of the company's collapse.  Uh.  Right.  Our BS meter just topped out.

First, the more cynical among us would love to see any substantive information on an actual EV project by Apple.  Second, ex-company execs (former Chief Executive Derek Kaufman) claiming that their efforts were undermined by outsider giants not playing fair?  Stop it.  And while Mission and Tesla are complaining that Apple is poaching, and A123 is suing, it's our information that ex-Mission engineers are currently working for many other high-tech companies - among them, Tesla and Zero.  What's that saying about living in glass houses again?

The story claims that Mission lost some key funding last Fall, due to a couple of engineers defecting to Apple:

"Mission had a great group of engineers, specifically electric drive expertise," Kaufman said. "Apple knew that - they wanted it, and they went and got it."

Kaufman said Apple recruiters began circling Mission as it was trying to raise a crucial round of funding last autumn.

An investor who had committed to the round backed out after two key engineers joined Apple, he said, and more employees followed in the coming months.

That would fairly much ignore the long, troubled history of Mission, the lack of sales, the lack of homologation, the lack of funding, and the continued stream of mis-information over the brief history of the company...  or companies.  Do we think that by last Fall many of the engineers decided to bail for better offers?  Of course we do.  The simple fact is that many, if not all of the teams working on the Mission Motorcycle over the years are now employed in similar high-tech engineering positions in other companies, for a far more attractive package than a shoestring-funded EV startup could offer.  However painful it is to say it like that, that's the truth.

The story does, however, give a good, brief rundown on the Mission saga, as well as very clearly stating that Mark Seeger, AKA Mission Motorcycles, has not yet filed for bankruptcy as a great many reports stated, and simply said "... it plans to file for bankruptcy, CEO Mark Seeger wrote in court papers in September."

For more, see our story "Mission Motorcycles Becomes Mission Electric, We Get Confused".

What this story does demonstrate, is that there's a whole lot of talent that's primarily interested in helping develop EV technology...  and that's a good thing.  The fact that they're now working in other areas?  Unfortunately unavoidable, in a market with limited demand, and even more limited opportunities.  Perhaps, oh just maybe, that will change in coming years.