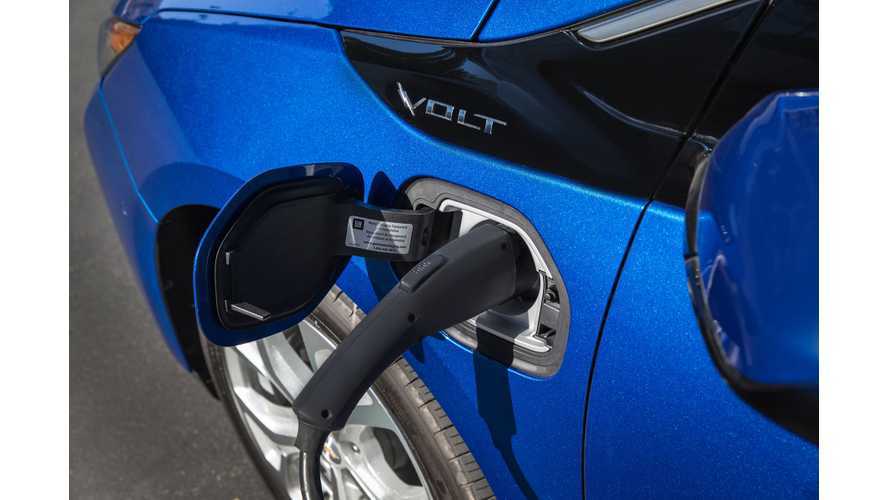 When it comes to the next generation of Chevrolet Volt, we know there is a lot of demand for the 53 mile, extended range car.

The only question is "How long will it take GM to satisfy that demand?"

Historically, this was GM's best performing "retail sales" January to date (2013 noted more sales overall), so thing are definitely looking positive for the car demand-wise in 2016.

We should note that a year ago at this time, demand for the older Volt was obliterated when the all-new 2016 Volt hit the stage for the first time at NAIAS in Detroit.

That lack of demand in 2015 continued all the way until the new car's arrival in October, and while we had hoped that sales would immediately return to surpass past glories (see chart below) in the Fall, the 2016 Volt was later announced to initially roll out to 11 select states before a nation campaign would begin.

That nationwide announcement was also ultimately overturned, as the 2016 model year production was stopped early, to make way for a slightly improved 2017 version.  The result of that decision has been very limited inventory in those initial states, and has caused the potential for a short term sales hiatus going forward from today.

Heading into February, GM has about 2,000 new Volts on lots for sale, but the production of the 2017 edition just began yesterday (February 1st, 2016), which means it will now take GM some ~8-12 weeks to fill in national inventory decently.

Therefore, it would not surprise us to see a sales chasm open up in late February, keeping sales artificially low (as compared to demand) until things really pick up around April.

Also of interest this month:

*- Chevy Spark EV also carried some decent sales momentum into January as the 2016s had just arrived the month prior, selling 139 copies.

*- GM introduced the production-intent version of the Chevrolet Bolt EV at CES, then later revealed the specs on the 200 mile EV at the NAIAS in Detroit