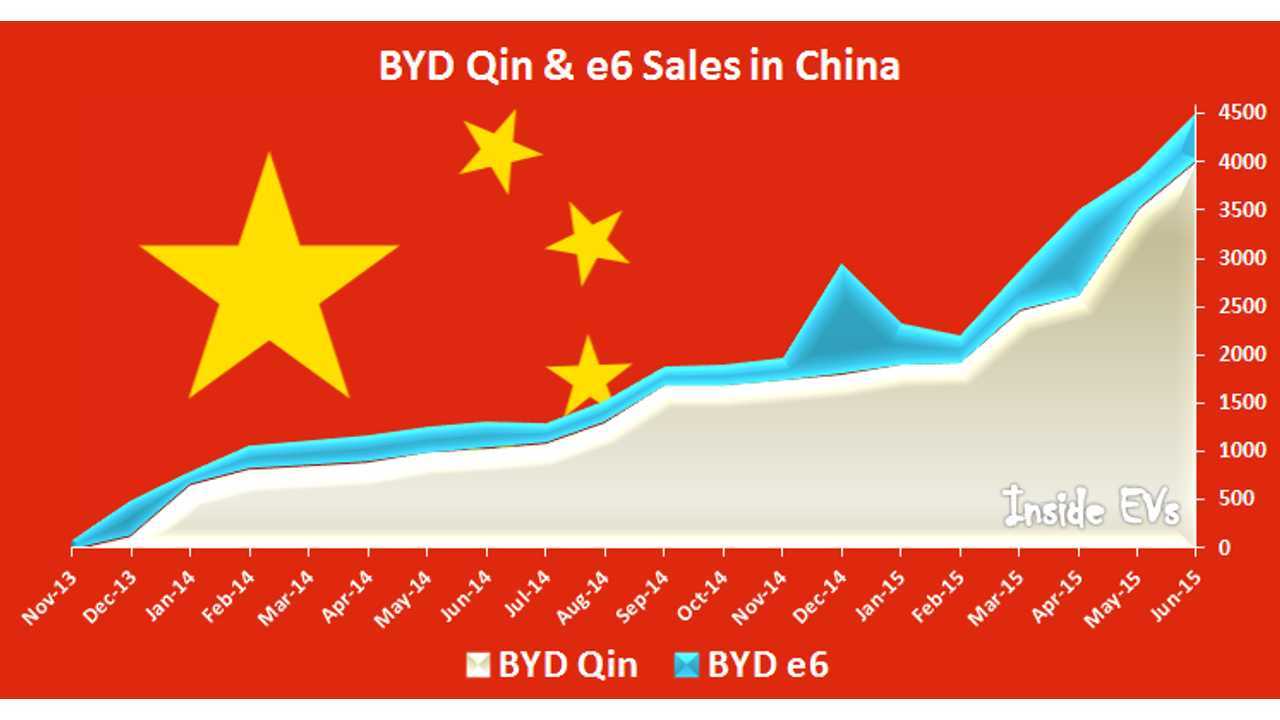 BYD Qin plug-in hybrid was at the end of May the fourth best selling plug-in model worldwide, according to the EV Sales Blog.

But the sales surge this year is so strong that by the end of this year Qin could be #1.

4,015 to be exact, bringing the total sales counter to 16,477 YTD and 31,224 since December 2013. All those numbers concern China (there are probably some low volume sales outside of China, but we don't have any solid sources for those figures).

Up to date, BYD was increasing pace of deliveries every single month, so we could see 5,000+ soon.

From August on, our eyes will be directed to another BYD plug-in hybrid: Tang rollout (from early July). In June BYD registered first 412 (probably dealers).

Well, we are not sure yet but the world's largest automotive market could open the doors for Chinese brands to be world leader in terms of New Energy Vehicles (pure electric and plug-in hybrids) sales. They already did that with electric buses.