BMW Sold Over 3,500 i3s In Germany, But Sales Are Falling 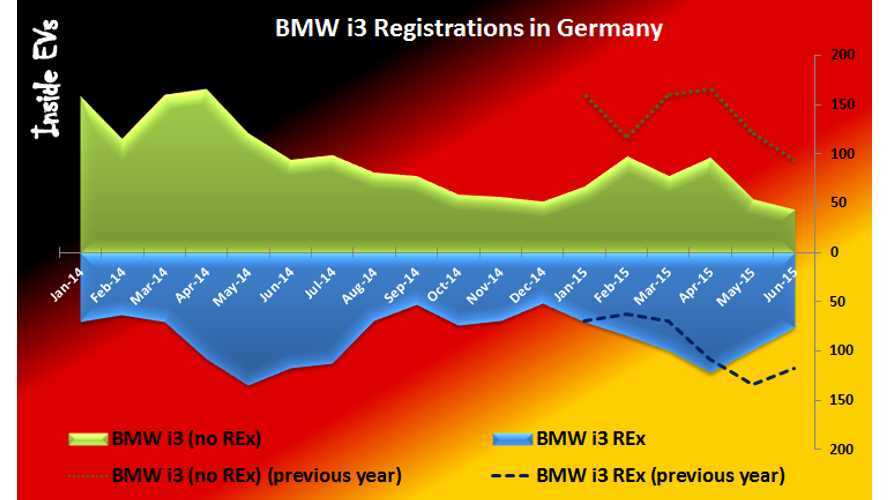 The BMW i3 was first introduced in Germany in late 2013. Since then, nearly 3,800 were registered.

After the initial rush, sales have decreased - nearly 30% year-over-year in the first six months of 2015.

In the case of Germany, we have the unique opportunity to see how sales of non-REx and REx versions are progressing side-by-side.

In 2014, more customers were willing to buy i3 without the range extender, but as of today i3 REx attracts more customers. Is it that the all-electric range disappoints expectations or maybe the Combo fast charging infrastructure isn't quite ready?