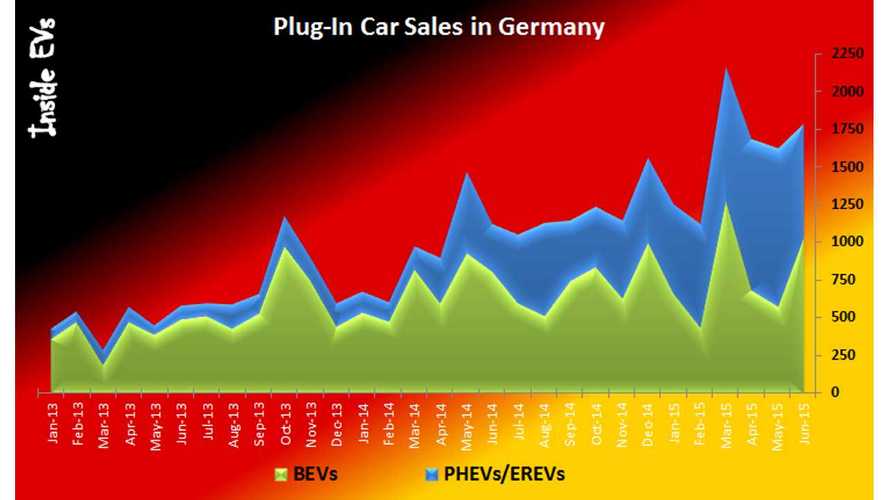 German plug-in electric car sales are still pulling up, some 58% year-over-year in June to 1,786.

Believe it or not, but in June Tesla Model S was the best selling electric car in Germany! Record number of 224 registrations was enough to secure the top spot, while other models went out on holidays.

It seems also that Tesla Model S is the best selling all-electric car in Germany YTD (nearly 700), ahead of i3 (without REx), Nissan LEAF, Reanult ZOE and Volkswagen (e-Golf and e-up!), smart ED and electric B-Class.