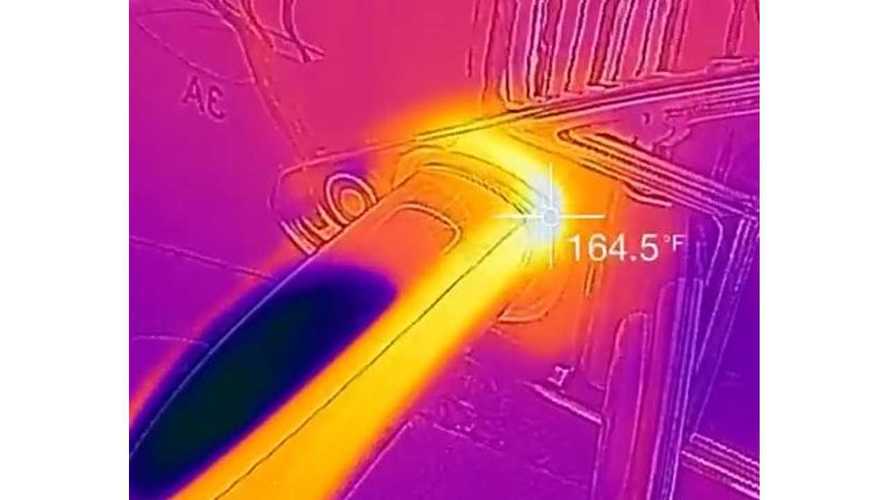 Perhaps this is why Tesla is adding liquid cooling to its Supercharger cables?

This has happened a few times over the past couple weeks at a number of different Superchargers I have visited. Given that, while on my road trip, we visited over 40 stations, as well as a few more then once, I got to really get a good look at temp build up. While not all of them got this hot (Happened 3 separate superchargers), when it does happen, it gets REALLY hot.

Weather it has to do with my car, or the cable, not too sure, but, if it's the car, why would it happen only randomly? And why would the whole cable to the station heat up so much?

KmanAuto is later asked in the video comments what Tesla had to say about the issue:

"Reported it. Was sent to supercharger team. SC Team are some good people! What happened, is the car will reduce amperage until the thermal issue is resolved. In my case, every time, it dropped to about 50kW charge rate, and then went back up once the thermal event was over, but the cable did cool down and stayed cool even after the charge rate increased. I have taken to cleaning the charge handle contacts now with cotton swabs on the superchargers now. They are NASTY!!!!"