Op-Ed: 2016 Plug In Sales Predictions for US 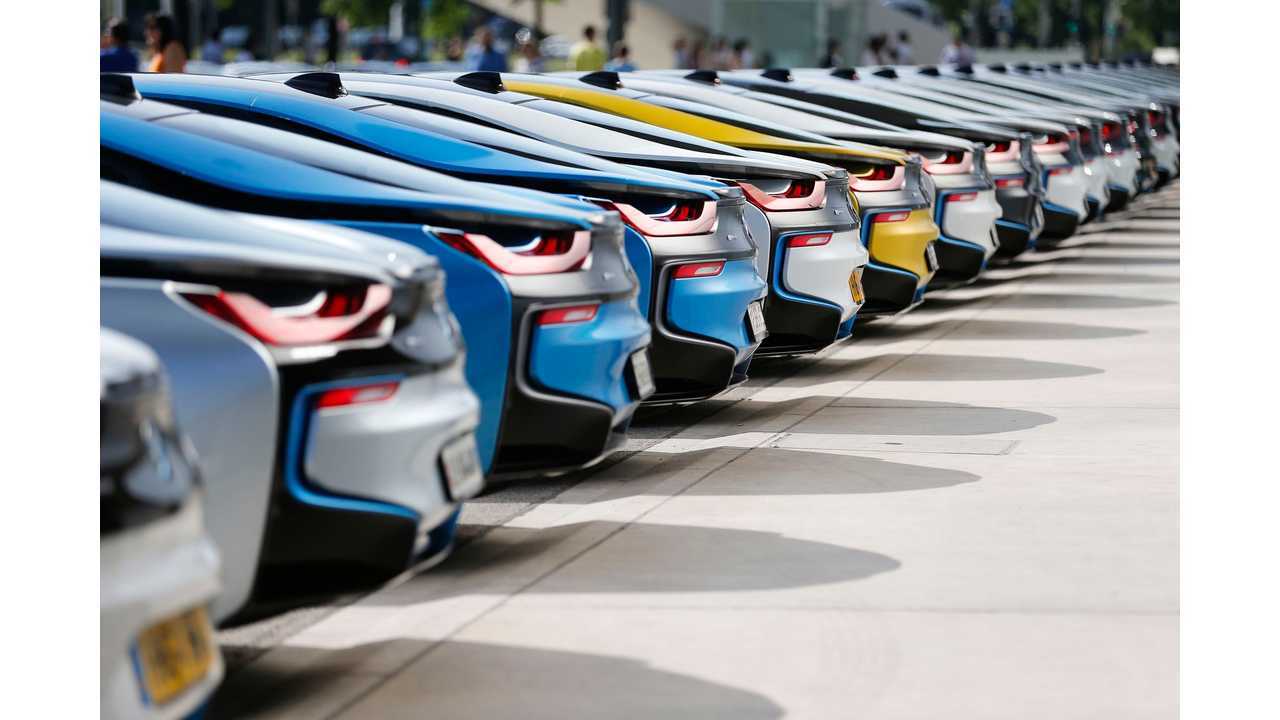 It is that time of year again...

Now that CES and NAIAS have teased us on the near and far future of (self driving, self charging, don't need us anymore) EVs, it is time to get down to brass tacks.  How many actual plug-ins will leave United States lots in 2016?

2015 was not the rising tide that most of us had hoped (planned) for.  And just to make sure we all keep full accountability here, I am starting this off with a list of my   slightly off predictions. Check out your own predictions in the comments from last year's post here.

The Ford Energis (and Focus EV) Performed As Expected

What can I say?  I predicted a very mild up year and we got our first down year.  Totally blown.  Gas prices may have provided a sag, but the 2016 Chevrolet Volt not going nationwide, Nissan taking the legs out under themselves by being too slow out with the 2016 edition LEAF and the Toyota Prius Plug-In suddenly being unavailable for half of 2015 doomed any forward momentum in the US.  The rest of the field, ex these three models achieve the gains I had expected.  We won't have two of these years in a row.

Time To Look Into The Future

Now that I have fully licked the wounds from last year,it is  time to forget the past and brave boldly into the future.  I am selectively changing the format this year.  The focus will be on plug ins that consistently hold the top spots on the sales chart, and sprinkling in a few other "hot names".  With the sheer number of models being released, I would have to be putting together a "McKinsey report" and charging you for it, to be fully inclusive.

Just to quickly give the background on how I do this.  Despite the name of this site, I have no inside knowledge from OEM executives, tier 1 suppliers, or big dealerships conglomerates.  I base these predictions on three things: articles I read on this site, my EV fanboyism, and my engineering pessimism.

I dare you to do better.  And please do in the comments.

*Disclosure – Since this piece is talking about future sales of EVs including Tesla, I will let everyone know that I do own a small amount of TSLA shares.  This in no way effects my opinion of Tesla or the other automakers.  The stock was more of “support for the cause” purchase.  Additionally, this is not a financial site and nobody should be using anything I write to guide investment decisions.

Sales predictions for the heavy hitters:

Tesla Model S Holding Its Own In 2016

If Tesla is going to hit the bottom end of their 80k - 90k in worldwide sales, they will probably need another 25k of US Model S sales to get there.

The 2016 LEAF got an very important battery upgrade to differentiate it form the rest of the "100 mile" EVs.  But unfortunately, the promise of the "affordable" 200 mile EVs is just around the corner.  Enough of the EV crowd looking for a 2nd gen will hold off, but sales should improve over last year.

Finally 2016 will bring full availability of Volt 2.0, as a 2017 model.  The Volt should be a solid sales success.  My expectations are slightly lowered now that Volt 2.0 will be so closely followed by Bolt, and that national inventory likely won't arrive until ~April.  Some current EV owners that are looking for the latest, greatest may just wait the extra 6 months or so for the other next-gen platform.

I am lumping Fusion and C-max together this year.  Ford has been masterful at maintaining inventories and moving plug-ins off the lots with their flexible manufacturing scheme.  Despite the lone setback of reduced cargo space, the Energi versions have proven to be a good value for many on sales lots.  Even with more options from foreign automakers coming this year, I think Ford will keep up their pace.

i3 has been a very successful start to BMWs plug-in future, but this year has all the making of a down year for US sales.

It may be a compliance car that Sergio "doesn't want to sell", but people really love this car.  It would be a 5 figure seller if it was sold nationwide.

VW is really going to have to push something other than TDI for fuel efficiency in the US.  eGolf  should pick up some of that slack.

Yeah you read that right.  There wasn't a digit (or three) missing.  Toyota has no more to sell, and the production line is closed.  Best of luck if you want to buy a PiP before 2017.

Sales predictions for the hot/new names:

Tesla Model X To Make An Impression In US In 2016

I feel a little sheepish on this one after missing X sales by 2800% last year.  But at some point Tesla will figure out how to build more than just a few of these.

And it will happen this year.  And they have already pre-sold a ton of them.  And most people (that can afford one) have never seen it, touched it, or driven it.

The only way 80k - 90k worldwide total Tesla sales occurs is if many Falcon wings fly their way into driveways.

This car is a flat out runaway hit for its style and price range, 2 door super/future car for $150k.  Don't look for it to let up this year.

This might be the most interesting new "full year" offering for 2016.  I feel like we are at the same point as B Class ED last year.  Is Audi serious?  The pricing makes me think so.  It isn't full BEV, so should have wide availably and less of the infrastructure worries.  Plus Dieselgate.

Don't read this prediction as any knock on the prowess of the vehicle.  This has everything to do with Mitsubishi and who they are in the US.  It just isn't the same brand it was 20 years ago, and they know it.  We are at the bottom of their totem pole.  They will ship what they have left over here, to test the water, but how many will that be?  Maybe 2017 will show some real volume for this awesome vehicle.

I really don't have a feeling for when or at what level Fiatsler will kick this into production.  But it is an incredibly interesting product.

While it might not be the plug in SUV people have been screaming on deaf ears for, it is by far the largest, most useful plug in package to hit the market.  If Pacifica PHEV finds demand that exceeds production, maybe competitors will take this space more seriously.

Why so exact? Well since I have no idea when or at what level GM will get production rolling on this all new vehicle, I just took the 2010 sales of the Volt.  Seems close enough to me.  All of the 30k vs. 50k talk will have to wait for 2017.

The macro auto market isn't kicking off 2016 is grand fashion and gas prices have taken some shoppers completely away from the plug-in market.  So very mild growth is my safe route this year.

The releases this year is nationwide availably of Volt 2.0, and we only get that for 2/3rds of the sales year and the Model X eventually hitting full production.  2017 will be much better (Bolt, LEAF 2.0, PiP back), 2018 is going to be a tidal wave (full year Bolt/LEAF 2.0, economy plug-in SUVs, Model 3 and lots more).

Tesla Soon To Show Off The Model 3 (March 31st), But How Many Deposits Will They Take?

Most of us know the brewing battle for 2017/2018 will be Bolt, LEAF 2.0, and Model 3 in the BEV space.  Even though Tesla is assured to be the last one to put metal on the road, they ironically will be the first to take money from customers.

I am confident we get a tally on how the pre-sales of Model 3 are going almost immediately and throughout the year.  This should be a barometer test for how the whole $35k, 200 mile, BEV market will do in the near future.  For this reason I thought it would be worthy of including in this year's predictions.

I know that is an absurd number, it is 86% of all 2015 US plug in sales last year.  But this number won't be broken out by region.  It is my lone worldwide sales number.  And these hand raisers will only be risking a refundable $1k.  It also may take Tesla 2.5 years of production to actually fill this level of theoretical orders...but that doesn't stop them from taking deposits.  If there is a sense that not placing a deposit could put a potential buyer on the wrong side of a $7.5k tax credit, a rush could ensue.

100k is a very round, and very unlikely number.  50% below and 100% above are just as likely, I am shooting for a median prediction here.

So what do you predict?  Let's battle it out in the comments!