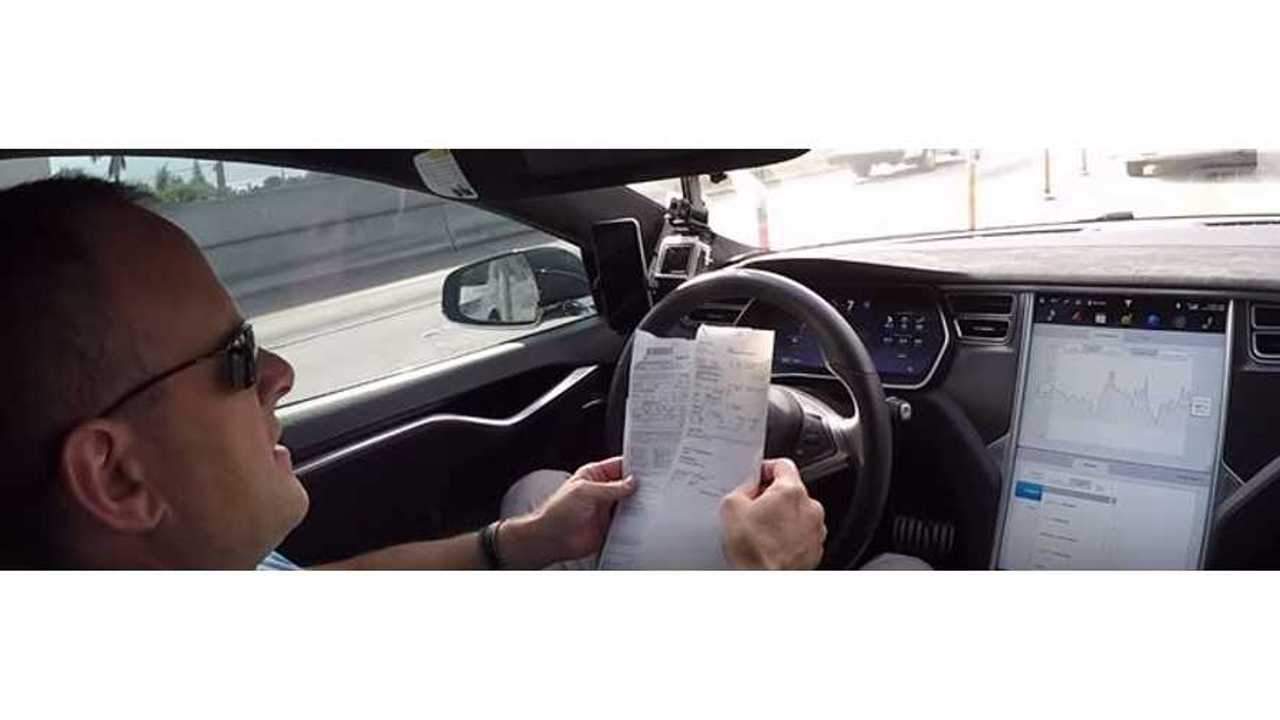 DragTimes presents an exceptional video of Autopilot testing in a Tesla Model S.

The driver is largely impressed by the system, which works as described even in construction zones.

However, there was one somewhat minor problem - getting pulled over for going over the speed limit while using the system (which resulted in a speed warning and a ticket for not having insurance with them) which is discussed both in the video and in the description below:

We test the car out on the city streets, open highway and bumper to bumper traffic in Miami.

We even got pulled over by the FHP, Florida Highway Patrol because the autopilot was speeding, 75MPH in a 60MPH zone!"