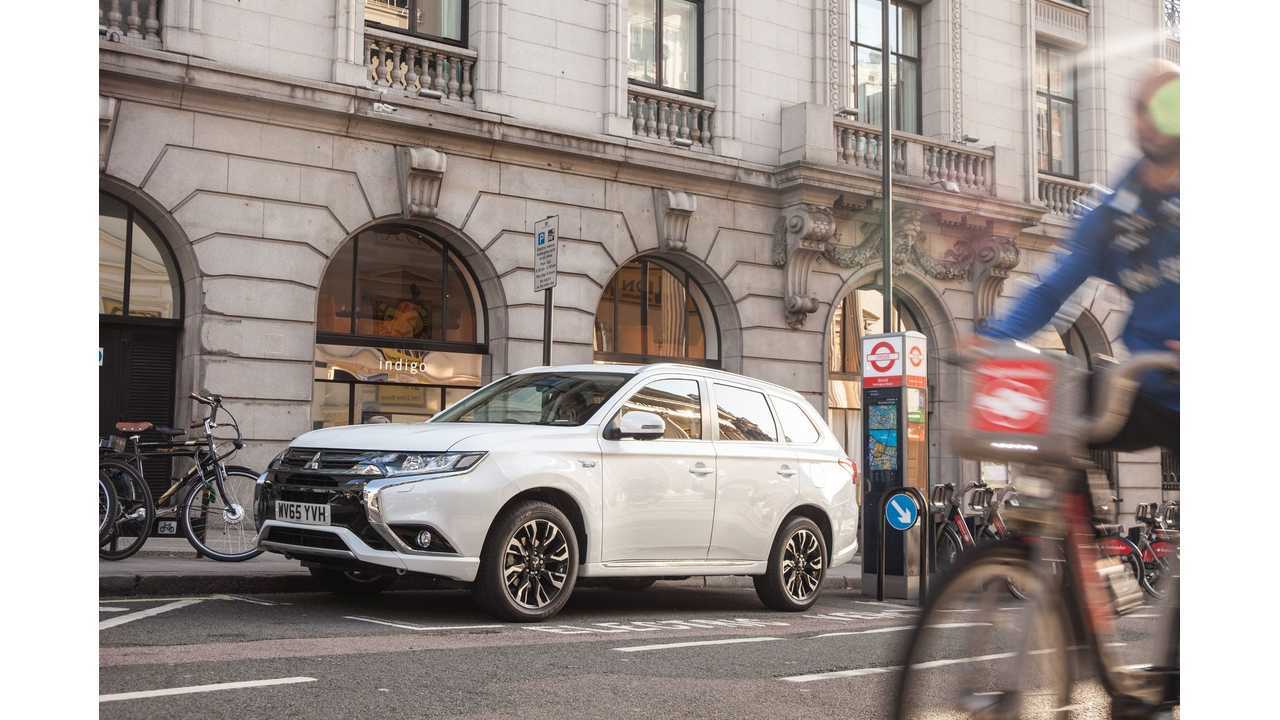 Mitsubishi had big day with the official unveiling of 2016 Outlander PHEV for Europe by the Mayor of London, Boris Johnson in Tokyo.

While at the same time, the first batch of 2016 Mitsubishi Outlander PHEVs were offloaded in UK to be put on sale.

The extended-range utility vehicle has actually been on sale (and doing well) in Japan since July 9th, and arrives in the United States in late April/May of next year.

The existing Mitsubishi Outlander PHEV is the best selling plug-in electric car in the UK, and has increased awareness of the brand throughout the country:

"The Mayor’s initiatives such as an ultra-low emission zone in London and his drive for more plug-in vehicles in the city have contributed to the success of the Mitsubishi Outlander PHEV (plug-in hybrid electric vehicle), encouraging the company to bring its new technology to the UK, attracting investment, skills and jobs into a vitally important emerging vehicle sector. The Outlander PHEV accounts for half of all plug-in vehicle sales in the UK, and as such the company views the UK as one of the most strategically significant markets in the world for its breakthrough ULEV (ultra-low emission vehicle) technologies.

The new model range will see more job opportunities and investment by Mitsubishi Motors in the UK.  Around 400 new job opportunities have been created since Mitsubishi introduced the Outlander PHEV in 2014, and this will grow to more than 1,000 during the next three years with the new model. The company is also investing in training to take account of the technical skills and knowledge required in the newly emerging vehicle sector.

The new jobs include network sales people with specialist skills in ultra-low emission vehicle technology, additional people at the headquarters in the UK, and additional people to prepare the cars once they arrive at the final assembly area at Portbury, Bristol – a facility to which the company has now committed £48 million."

The UK Government’s plug-in car grant allows the Outlander PHEV to net out at the same price as the diesel equivalent Outlander.

The mayor also took the Outlander PHEV for a spin on his whirlwind tour of Japan.  Interestingly, Mayor Johnson spent the day prior with Toyota test driving and promoting the fuel cell Mirai for London, a vehicle that he has already committed to buy for himself.