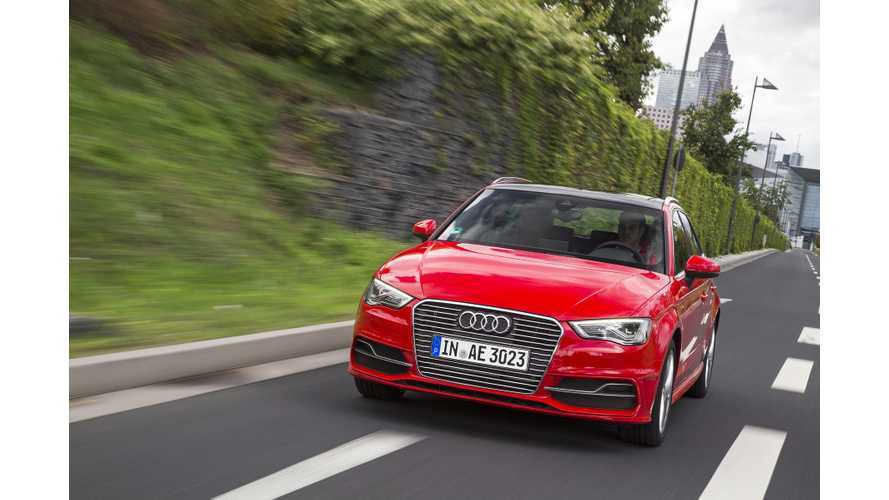 Here is a late quick look at the 2016 Audi A3 e-tron at the 2016 NAIAS in Detroit, where the plug-in hybrid A3 didn't attract much media attention in the shadows of premieres of some other models, including Audi's own H-tron Quattro Concept.

But the Audi A3 e-tron went on sale in the U.S. in December managing to record its first 49 sales.