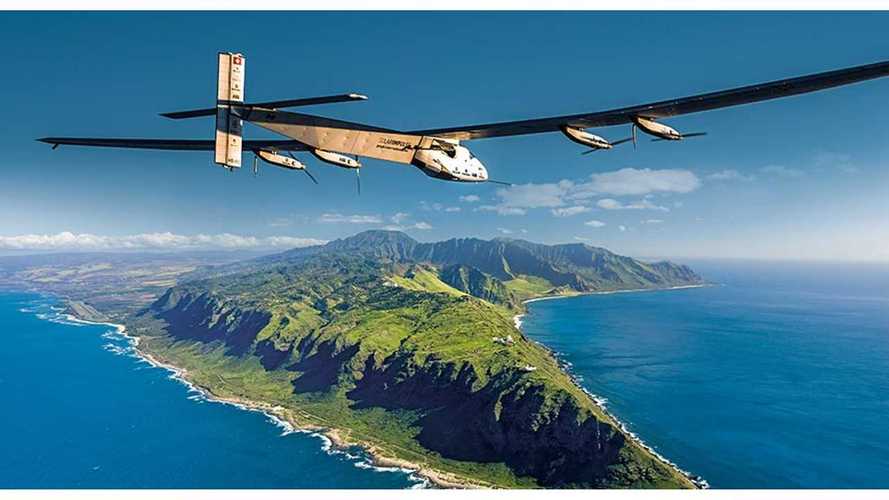 Following the record-breaking oceanic flight of 5 days and 5 nights (117 hours and 52 minutes), #Si2 will undergo repairs on the batteries due to damages brought about by overheating.

After nearly 5 days and nights of non-stop flight from Japan to Hawaii, Solar Impulse 2 is stuck for at least 2-3 weeks.

The reason is battery damage due overheating. Overheating apparently could be caused by too much insulation.

The team must now figure out how to deal with the problem and which parts need to be replaced.

"Following the record-breaking oceanic flight of 5 days and 5 nights (117 hours and 52 minutes) in a solar-powered airplane, Si2 has suffered battery damages due to overheating. The damage to certain parts of the batteries is irreversible and will require repairs and replacements that will take several weeks to work through.

Consequentely, Solar Impulse does not see the possibility for any flights before 2-3 weeks at the earliest. Regular updates will follow."

It could be a very costly delay for the project, because if Solar Impulse 2 arrives on the East Coast too late, it will not be able to fly across the Atlantic this year, according to BBC:

"If Solar Impulse cannot get to the US East Coast soon, the project team may find that the correct meteorological conditions for an Atlantic crossing are no longer available in 2015.

The vehicle's slow speed, light weight and 72m wingspan put significant constraints on the type of weather it can handle. And beyond August, the windows of opportunity to cross the second biggest ocean on Earth become few and far between."