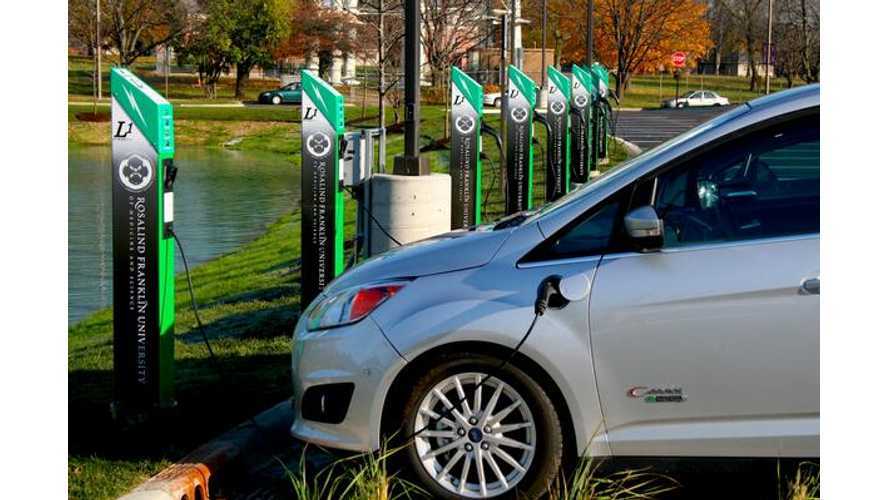 According to a 2013 paper published by the Union of concerned Scientist, only 42% of U.S. households could use EVs available in 2013. This article is a look at the factors that will change this statistic over the next twenty years.

The report states that EVs make up less than one percent of the current U.S. fleet, and that if everyone that could use an EV did so, we could reduce our oil usage by 350 million barrels of oil per year. This percentage serves as a basepoint to simply state there is room for growth in early adoption.

To utilize a PHEV, respondents had to meet all three of the following requirements:

To utilize a BEV, respondents had to meet three additional requirements: Addressing a large percentage without an auto

Nearly 25 percent of the U.S. population carpool, use public transportation, walk, or use methods other than a car or truck for their commute. The percentages are higher in the most densely populated cities where people are more likely not to have access to a plug. Though impossible to parse the data to the above criteria, a significant portion of this group do not require a plug today, nor in the future, for they do not require an automobile at all. Currently public transportation only makes up five percent of the US commute, though most research data shows this number is on the rise.  Recent years have shown a growth in carpooling from nine to twelve percent. It is unclear how much the Uber effect will have on this sector over the next ten years, or what  autonomous Uber and competing companies will have on the following decade, but it is safe to say the numbers will be substantial.

Core Group without a plug: Many apartments and businesses are currently adding basic Level 1 and Level 2 EVSEs and will continue to do so over the next twenty years. Part of the hurdle, is understanding the process, and benefits of attracting desired workers/tenants. Further programs will be required to improve this sector for it will have the largest impact. The industry itself will require vision like the DOE EV Everywhere Grand Challenge.

In less than five years, early portions of autonomous parking will start to arrive including the ability to charge autonomously. Autonomous parking will likely clear legislative hurdles before autonomous driving. Like smart phones and the internet, there is no real way to know for sure how soon or how disruptive this step will be. It is almost certain that autonomous parking will open transportation opportunities to all types of vehicles in densely populated areas, and EVs in search of a plug will be no exception. Businesses that succeed in this market will cut sharpest of all into the remaining group without a plug seeking to drive electric.

In the 1950’s, most U.S. homes were enjoying the wonders of electricity. The middle class however, was just discovering the wonders of electric potable hot water. Adding a hot water heater required a new household circuit, typically with a heavier #10 AWG wire and a double pole breaker added to the home electrical service. The conversion happened smoothly. This is exactly the same wire, breaker, and installation procedure that will be required for EVs. A percentage of those currently without an accessible plug will opt to add one just like adding the hot water heater, heat pump, entertainment circuit etc. and another percentage, though smaller than the core group above, will disappear.

Some apartment dwellers are learning that they can adapt without a plug. My daughter Sarah, a recent college graduate, was born electric July 12th in a used MY2012 Chevy Volt she purchased for $12,000. Sarah sat down with her employer and explained how many kilowatts she would be using and agreed to pay for her usage at work which worked out to be less than $5 per week. From her frugal purchase, to her negotiation/education with her employer, I am a proud papa on many levels. While such grassroots approach will not solve the problem, or be successful in every case, it certainly helps with both the transition and exposure for newcomers while EVs are only a few percent of the automotive sector.

The near future will not produce a single energy source

It is likely that for at least twenty years and beyond, we will have multiple  energy sources. In twenty years, solar will continue to grow economically, and arguably will be the most environmentally friendly. Utilities will continue to add wind, solar, and natural gas to their mix. For individuals fortunate enough to support, or have access to a solar array, the allure of locking in the low cost of your transportation energy for as low as $150 - $300 per year for 25 years is intoxicating for those choosing to drive electric. If environmental issues matter to you, it is a way for many to personally take charge of their carbon footprint and truly declare zero emissions. No competing energy source can match the environmental and economic benefits of the solar offset EV one-two punch.

Without a plug and a roof

Currently only 22 percent of U.S. households are capable of supporting a solar array. This too is changing. Some are opting to make a difference by buying green credits from organizations like Ethical Energy. The single most disruptive force for solar will be in the availability of shared solar, also called community solar, or solar gardens.  Currently 22 states have community solar projects underway. This is a long process, but like autonomous driving, the disruption is coming and the benefits are undeniable.

With EVs charging 90 percent of the time at home or in the workplace, there is no need for the current filling station infrastructure as we know it for the EV sector. For the remaining technologies including, but not limited to, natural gas vehicles CNG, hydrogen fuel cells FCVs, and legacy gasoline ICE, the availability of filling stations will certainly be limiting outside of densely populated areas other than gasoline. Still, in the land of choice, yet another substantial percentage will choose one of the other technologies over the twenty years in review.

In 2035, will there be any meaningful percentage left that wish to plug in where improved infrastructure and disruptive technologies from Uber to autonomous charging do not suffice? Maybe the real question is, will any other form of transportation other than diminishing legacy gasoline, have more than 42% access to fuel/charging other than EVs?