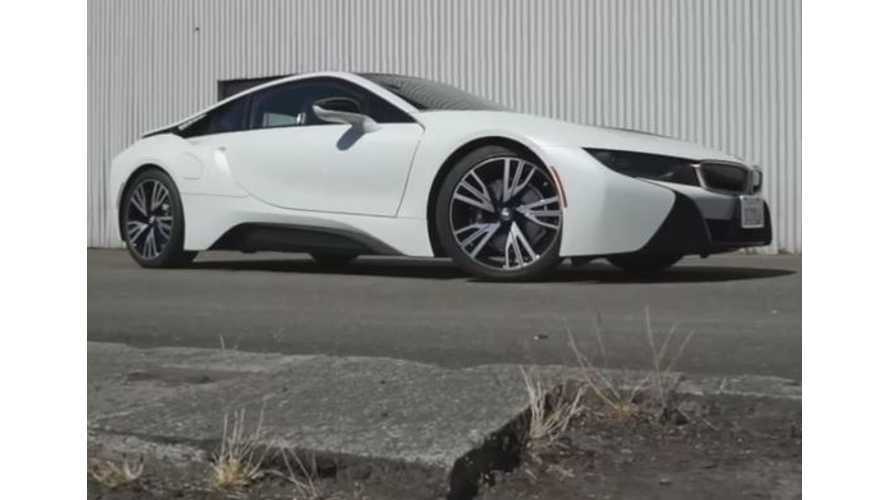 "With a cabin from “Tron” paired with fuel-sipping performance, this plug-in hybrid shows enthusiasts that the future is bright. But cheap it won’t be."

States the New York Times in its video review of the BMW i8.

"The i8 starts at $137,495. Not cheap. But even at $150,000, which is the cost of the i8 I tested, it seems like a giveaway considering it is transportation, an amusement park thrill ride and investment-grade art backed by a staggering engineering budget. Doc Brown may ditch the DeLorean for one after figuring out how to integrate a Mr. Fusion.

Consider this: I was stuck in creeping highway traffic with a Porsche Panamera 4S on my bumper, but the i8 had the visual power to render the German completely invisible. Never have so many drivers broken the no-phone law so gleefully."