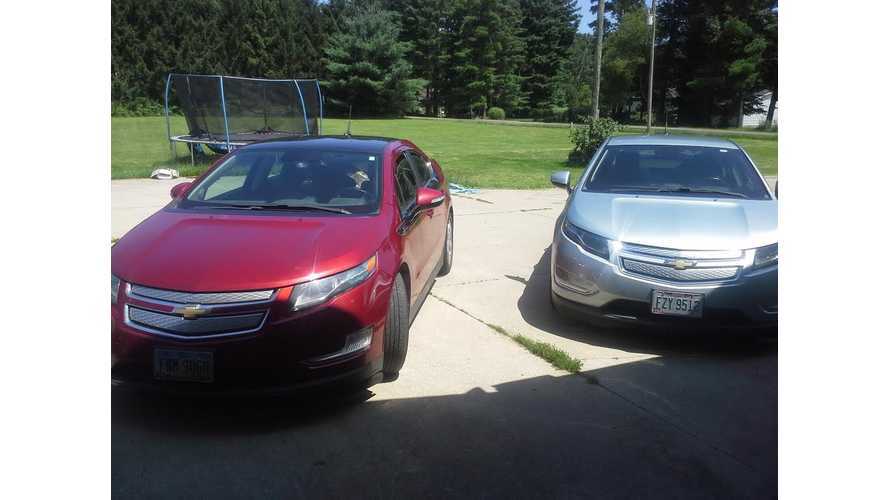 Here at InsideEVs.com we've been following Erick Belmer and his high-mileage 2012 Chevrolet Volt for quite some time now. We've featured Belmer on numerous occasions:

A Tale Of Two Chevrolet Volts

Belmer's latest Volt achievement is another milestone worthy of sharing.  Belmer's 2012 Volt now has more than one quarter million miles on its odometer!  That's right.  A 2012 Volt has clocked more than 250,000 miles, with nearly 90,000 miles being covered in electric mode.

Belmer holds the Volt record for most total miles and most electric miles driven.  Check out those stats and more here.

Belmer adds that his 250,000-mile Volt "still rides and runs just like it's younger sister!" And says that the Volt is  "over engineered times 10!!!"

Here's wishing Erick enjoys the next 250,000 miles of driving his dream as much as he did the first quarter million miles!