Ikea Canada To Install Free Charging Stations At All Stores 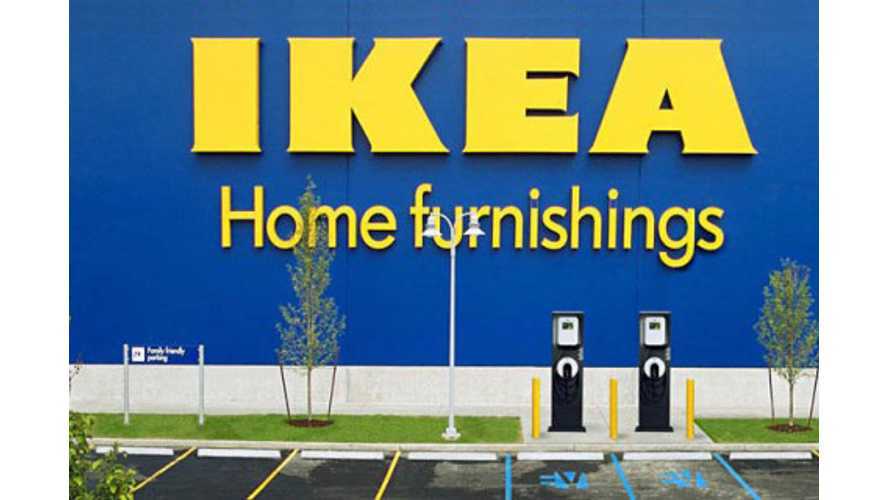 While Canada hasn't exactly been the hotbed of acceptance when it comes to plug-in vehicles, the charging infrastructure of those EVs just got a bit stronger this month.

In The UK, Nissan, Ecotricity and IKEA Installed Fast Chargers At All 17 Locations

CTV News reports that Swedish maker of 'all things you would not normally buy', Ikea, will be installing public L2 charging stations in all its Canadian locations (12).

"Charging will be provided to customers at no cost, on a first come first serve basis," the company said.

Canada becomes the 19th country that Ikea has committed to installing EVSEs at each of its stores in.

The company says that each location will be outfitted with two stations, both rated at 60 amps.  The charging units and service has been contracted through Sun Country Highway; which means these are most likely ClipperCreek EVSEs at heart.

Ikea hopes the ability to get a charge for your electric vehicle whilst meandering through its retail shop will convince more potential customers to chose the brand over the competition.

Last year just over 5,000 EVs were sold in Canada, mostly in the three provinces with generous incentives (Ontario, Quebec and British Columbia).  We estimate about a 40% sales improvement will be netted in 2015.  Through June approximately 2,700 EVs have been sold in the Great White North, with the Tesla Model S leading the way with ~1,000 registrations.