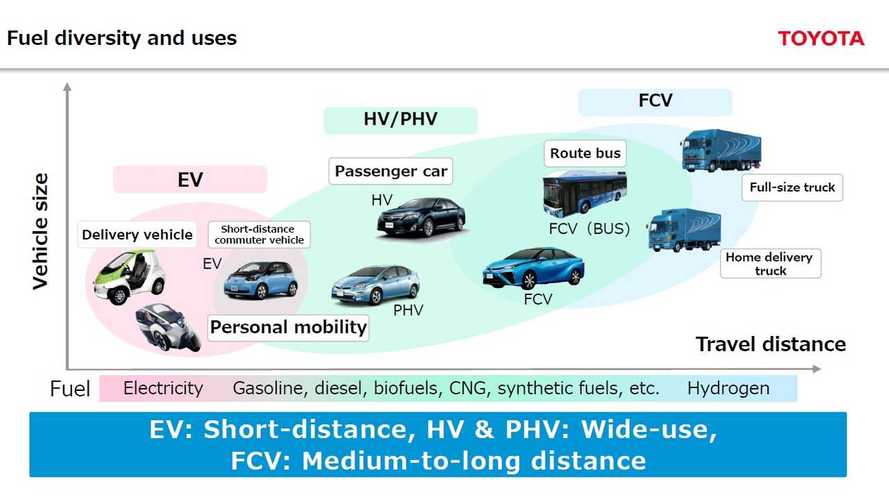 The flagship Mirai, which is “Flying Off Virtual Shelf,” according to the manufacturer, should reach over 30,000 sales annually by 2020.

So let's sum this up (year/Toyota's expected sales of Mirai):

Because sales in Japan are expected to be 1,000 units a month, the island nation could be the largest market for Mirai.

The only potential roadblock we see to this expected sales level (besides demand) is that currently the Mirai is built 'supercar-style', like the $400,000 Lexus LFA before it at Toyota's Motomachi factory - in other words, completely by hand.

As it currently takes 13 workers a full day to assemble every three cars, it is understandable how slow it is to produce the Mirai, and how expensive.   Despite the advanced nature of the fuel cell vehicle, Toyota's facility to build them doesn't employee any automation at all, and not even a conveyor belt.

So while some might say that 30,000 cars per year is not a particularly lofty goal in the gran scheme of things, Toyota will also need to drastically change the way they produce the Mirai today to hit these targets.

Toyota treats battery electric as a personal mobility tool, so we shouldn't expect any BEVs from Toyota right now.

Toyota is aware that to sell more Mirai, its needs to lower costs. The graph seems to be indicating cost cuts of maybe 75%?