Toyota Is About To Send The Mirai Back To The Future - (Update: More videos) 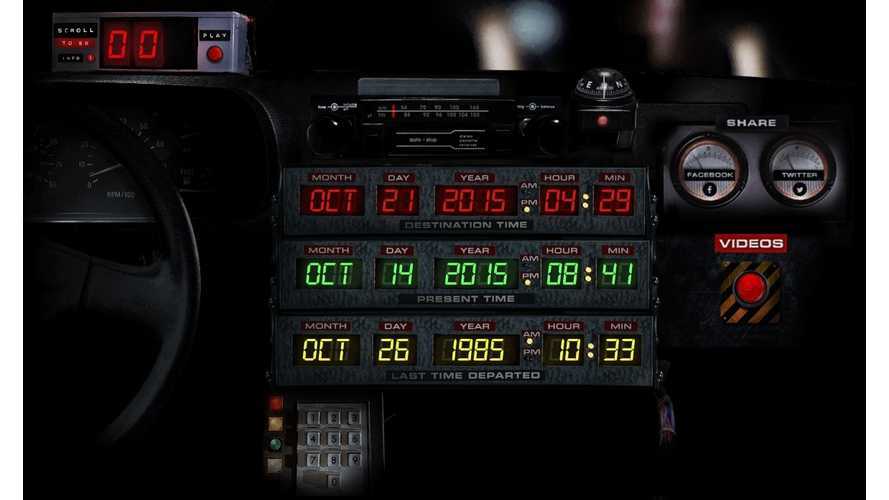 By: Jay Cole
Toyota has reunited Back To The Future actors Michael J. Fox and Christopher Lloyd to wax nostalgic about the date - October 21st, 2015, and the predictions made in that movie about the year 2015.

Fans of the film may recall this rapidly approaching date "from the future" in the second installment of the film trilogy.  Toyota says this is also the official on-sale date for the fuel cell Mirai.

Update: Another teaser video ("Statler Toyota") has now been released, see it below

Back To The Future is celebrating its 30th anniversary, and Toyota says it plans on "mark(ing) the film’s anniversary with a modern twist."

The company has even created a microsite counting down the days to the event - which you can check out here.

Look for the Mirai to get a little Back To The Future post-production marketing bump in Toyota's re-imagining of the film inclusive of its FCV.  The full video will be launched October 21st.

Video (below): Another/original teaser from Toyota