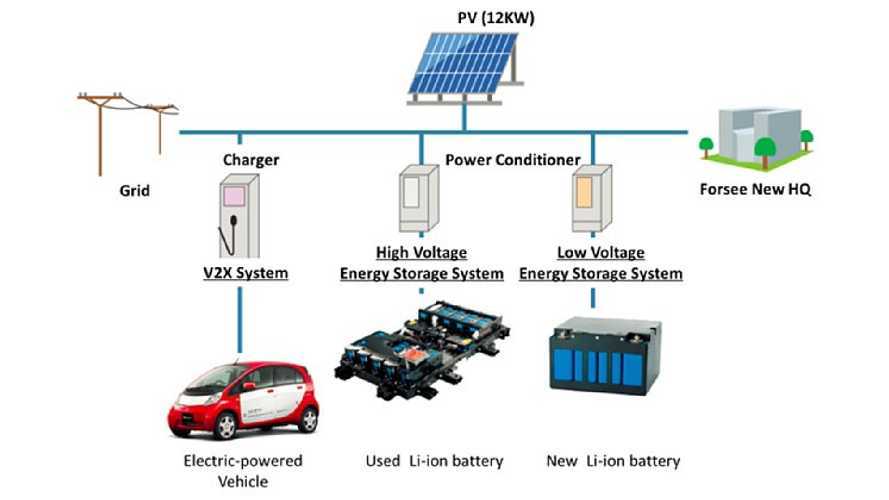 Start of the project is scheduled for September at Forsee Power's new Headquarters near Paris (France).

"The purpose of the project is to demonstrate efficient and economically feasible energy management practices based on the optimization of electricity storage, charging and generation technology with respect to existing demand."

Mitsubishi and PSA will provide both used batteries as well as cars for V2X tests.