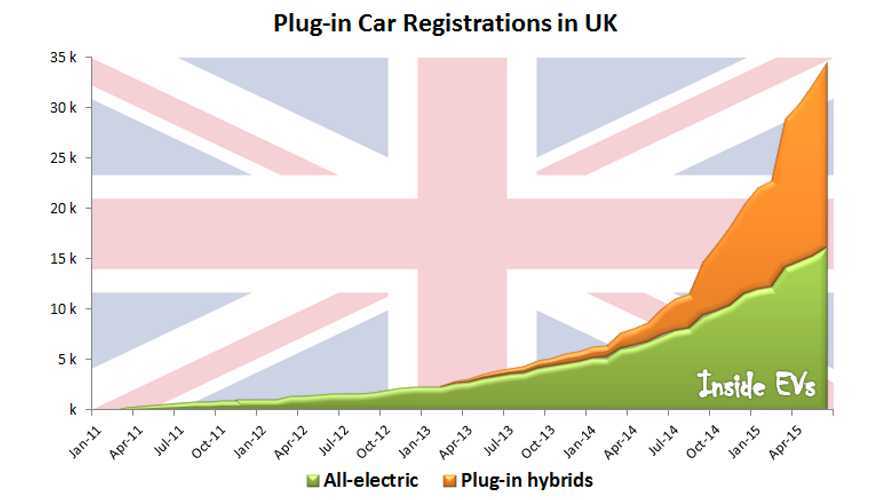 We are now just several months from 50,000 plug-in cars cumulatively being sold in the UK. This milestone will happen by the end of this year.

Sales in the first six months exceed 14,000 for a grand total of some 35,000. But the second half of the year is typically stronger.

UK probably will change/upwardly revise the amount of the grants, and has already prepared a foundation for new incentives that vary for different vehicle categories.

If new grants are lower in value than existing ones, then we expect to see an additional spike in sales sometime in the fall.

The Guardian was recently considering the situation of plug-in cars in UK, but nobody knows what the new cap will be and how strong it will affect the current 1% market share for plug-ins.

Changes to the plug-in car grant from April 2015