Fastned Secures Financing Through The End Of 2019 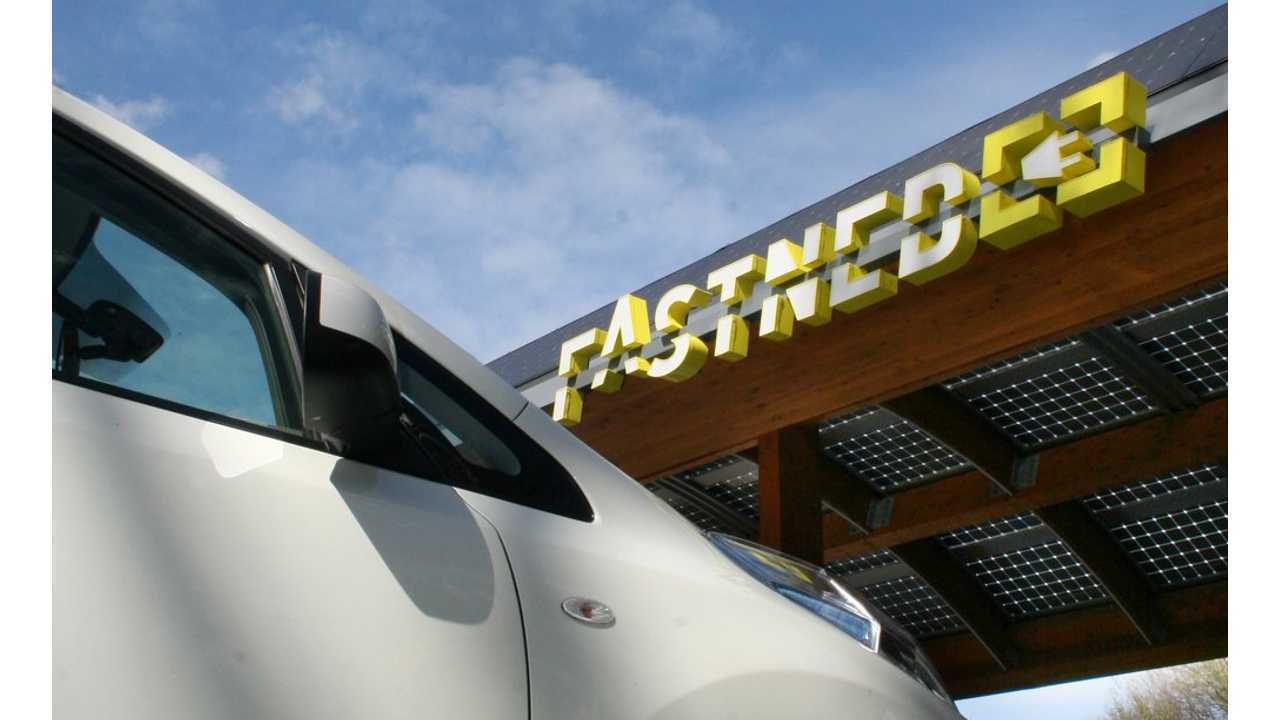 Fastned announced in January that it secured financing for its operational expenditures for the next three years - through the end of 2019 - which seems like pretty good news for plug-in owners in Netherlands today, and for other EV drivers in Europe in the future.

The Dutch company has ambitious plans to build a nationwide fast charging network in the Netherlands and then to expand to other countries in Europe.

Bart Lubbers, the co-founder of Fastned, provided €5 million, while the company secured or extended loans for future investments:

"In anticipation of this moment Fastned has come to an agreement with its investors to create a solid financial base sufficient to cover all operational costs for the next three years. As part of this, investor Breesaap has extended its loan to 10 million euro. Furthermore, the loans of both Breesaap and the Flowfund Foundation have been extended by two additional years until 31 December 2018. In addition, interest accumulated until the 31st of December 2015 on both loans has been converted into certificates of shares of Fastned at a price of ten euro apiece. Both investors maintain the right to convert the interest and/or the principal at this price, for the duration of the loan.

On top of this, co-founder Bart Lubbers has provided a working capital facility of 5 million euro via his investment company Wilhemina-Dok B.V. This facility is sufficient to cover all operational expenditures up to the end of 2019.

In order to finance the roll-out of new charging stations in the Netherlands and Europe, Fastned is planning an issue of certificates of shares in the first half of this year."

As of January 2016, Fastned had installed 50 fast charging stations along the highways with multi-standard fast chargers (50 kW CHAdeMO and CCS Combo as well as AC Type 2 - 43 kW).

There are several ways to get access to Fastned. You could get lifetime access by becoming a significant shareholder or buy a new Nissan EV to be able charge for free for 4 years (well, Nissan will pay the bill). Otherwise, there are three other options:

It'll be very interesting to see if Fastned progresses, as hopefully it becomes the the first (or one of the very first) charging infrastructure operators to be profitable some day. According to the press release, utilization of charging stations (customer base, kWh’s delivered, and revenues) was growing about 10% every month in 2015.

"It is anticipated that the first charging stations will pass break-even by mid next year. As a result of continued favourable tax incentives for electric cars in the Netherlands this point may come even sooner."

In the preliminary Q4 results report, we noted that the customer base exceeds 3,000, quarterly kWh dispensed is approaching 60,000 kWh, and revenues stands at around €30,000.