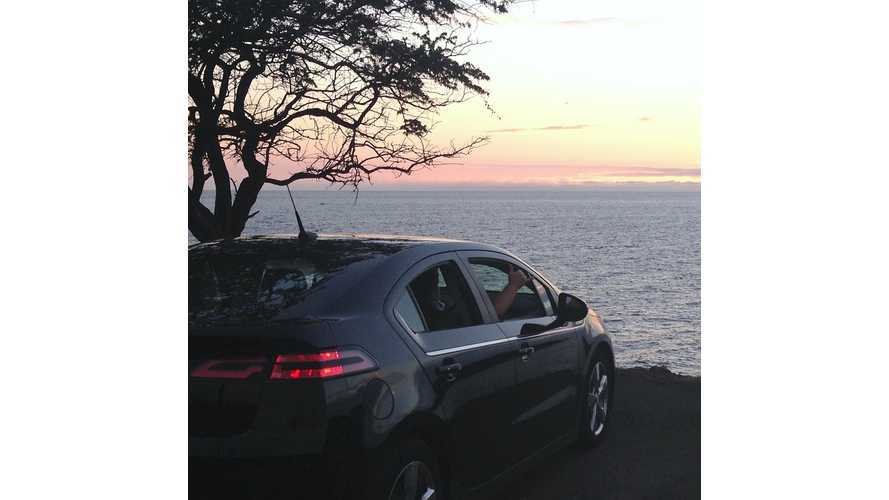 There are a wide variety of reasons why EV sales aren’t progressing faster, but generally I think it comes down to demand for vehicles is lacking. My marketing background gives me a little perspective for understanding how a market can move and what motivates the buyers. Buyers, right now just aren’t motivated. Gas prices obviously plays into that but there is more to it than that.

A new product does best when it solves a problem

A new product does best when it solves a problem and that buyers can clearly see what the problem is. As of right now, buyers don’t see a problem, and/or don’t see a viable solution.

It’s kind of like the DVD market with the fragmentation of Blu ray, HD DVD and streamed content. No one sees a quality difference between them, so no product owns the market. Convenience and momentary desires drive all products forward nearly equally. Digital delivery is winning out, only b/c the infrastructure is there, and the problem/solutions are apparent.

If only the infrastructure for electric cars was built out, or the perception of it was more “complete”, but right now, if you ask the common person, the thinking is, “the technology isn’t quite there yet and the charging network is severely lacking.

But that’s not all, other things play into that. For one, status quo rules and that is especially true for hard goods. When folks have a long-term relationship with a single product and several decades of familiarity with a single style of product, they develop a connection and usually are unwilling to go very far outside that category upon replacement. Couple with that, the dealers similar sentiment of carrying cars they’ve sold for generations, what comes out of that is very slow progression to new technology.

Also on the supply side (car makers and dealers) you see the issue of training and investment to get into this new segment of low-profit vehicles, driven in part by very resistance and attitudes towards (moving away from) any product that cuts into their profit centers (read: SUV’s, mid-size cars on the luxury end, and pickups.)

Let’s first delve into the demand for electric cars on the consumer  side. A couple issues quickly jump out: lack of understanding of how these vehicles would work, uncertainty of how they could use them in their daily lives, limited choices and styles, consumers unwilling to do significant research, and buyers not seeing a problem that needs solving. In a nutshell, it seems that buyers are mostly happy with the current choices they have.

If buyers can’t understand exactly what a product is and does, 9 times out of 10 they won’t buy it. Doritos comes out with a new flavor and consumers can make a split second decision whether they want to adopt this new product. The opposite is true for electric cars. These cars are hard to understand for most, even though, many of these cars carry far fewer parts and technically should be easier to understand than regular internal combustion vehicles, known in the EV industry as “ICE vehicles.”

The BMW i3 REx - Perhaps Not Easily Understandable?

One reason is it brings up a bunch of questions, some of which are hard to answer: Do I have to plug it in every night? Do I need a special plug, or do I need special wiring? How far can I drive everyday? What is it going to cost me every month? Can I go to my aunt’s house 200 miles away? Is it going to be slow or have difficulty towing a trailer? How come the trunk is half full of batteries even though my range is only 80 miles? Why do I care if it’s quiet? What kind of pollution and carbon footprint does it have? How much does my own ICE produce anyway?

It’s never going to be easy to answer all the questions all at once, so hopefully they get answered one at a time, and at some point in the future buyers will be down to one or two questions and you’ll be trying to talk them out of an electric car, instead of talk them into one. The early defectors have been the same folks that have adopted other leading edge technology and those are the types that get those questions answered before they walk into the showrooms and they can also be the ones that start answering those questions for all those “on the fence” or even the “haters” out there that spout nonsense about the EV market segment.

Just today I read some miscellaneous ramblings by someone who actually believed that the production of battery cells produce more pollution than regular internal combustion cars do over their whole lifetime. He completely ignored the cost of his own vehicles’ production, and the cost to produce and transport the fuel he burns in his ICE vehicle everyday. He is stuck on the fact that some unknown amount of pollution occurs in the production of battery cells and that his ICE vehicle produces very little. Perhaps this is the hardest question, because this is an every changing stat, based on where you live, what source you use to “fuel” your vehicle and how much you use it on the daily.

People ask me all the time (here in cost-focused Hawaii) how much it costs to run? Because energy is one of the most expensive products for this island population, and reducing this cost is important to most, more so than most other regions in the USA. And while cost might greatly influence and encourage more budget-oriented buyers, the investment into this technology is pretty significant.

PLAINLY STATED: poorer folks could use a cheaper running car, but can’t afford the average electric car in the first place. The hottest sellers in the segment right now are the $32,000 Nissan LEAF and Chevrolet Volt, the $85,000 Tesla Model S and the $40,000+ Ford Fusion Energi and BMW i3. Cash strapped customers usually also lack the tax liability to take advantage of the tax credits available. So the complexity of cost to buy and fuel is a major issue as well.

There are so many things to think about when looking to go electric, too many in fact. Most buyers don’t even know how electric cars can benefit them, and overloading them with information isn’t really going to work in converting them. I also hear from EV owners on the mainland who say “Hawaii is the perfect place to own an EV!” Because they know, gas is expensive here, they know our climate is mild (EV’s don’t do great in extreme heat or cold), and they know that Solar PV production would be amazing with all this continuous sun we have! The reality is this is the most expensive state to drive an EV.. because energy costs, and solar installation costs are sky high!

So even when you’d think it was simple, it’s really not.

This is well known in the marketing world, and even more true when it comes to more expensive and more durable goods. The average car sits in the average household for seven years and when it comes to replacement, most buyers elect to go bigger (and less fuel efficient) because the FREEDOM that gives them.

How many families do you know that own an SUV and a pickup truck as their two vehicles? 95% of the time, they don’t NEED a truck or SUV, but they like the freedom and flexibility it provides. Electric vehicles drastically reduce that flexibility, simply because EV’s barely exist in these segments.

But that is not all, it’s also just way out of the norm, the whole experience is different, and adjusting to these differences simply won’t appeal to the vast majority of consumers out there. Many just want a simple car that goes from A to B reliably. Their perception is wrong, they don’t see an EV as either of those things, even though that’s exactly the truth. EV’s offer a simplified drive train and lower operating costs to boot. This is one area (operating costs) we as EV owners can make great strides in over the next five years, but on the reliability front, it’s going to take some time.

It’s been said in the auto industry that for an auto manufacturer to earn the trust as a “reliable car maker” it takes anywhere from 8-10 years to turn their reputation from bad to good. Many of the players in this market are not on the “reliable list” and that is why many will continue to forego these cars and stick with what they know!

Nissan has a somewhat neutral reputation and they are reaping the benefits, by having a full electric that looks and smells like an average Nissan, only 15% “cooler.” Chevrolet is another manufacturer in this country that also has a presence, but they are only 1/2 way thru their renaissance and their brand loyal customers are some of the markets most traditional. Couple that with the timing of the GM bankruptcy, and you have a huge list of people that won’t buy the brand or even it’s best cars. It’s going to be an uphill battle for GM to convince very conservative dealers in very conservative regions to stock these cars, because their own current customer base won’t be looking or buying. This should be the headline when talking about Chevy Volt sales –> “Current Chevy Customers aren’t Switching to Chevy’s latest and greatest Car!”

The story for other car makers is similar. Ford, BMW, Mercedes and Kia are all “tip-toeing” into the market with converted models (they strip the gas engine for an electric motor, and pull that gas tank to install batteries) and selling them at a $10k premium. BMW is most bullish of the aforementioned with the i3. It was developed with a chassis that was all new, but they still gave people the option of gas/electric hybrid or full electric.

Any good marketing or business developer knows that adoption of new products in the market usually take some sort of hockey puck trajectory, in that the first couple years is slow steady growth and then a HUGE surge as the product goes “mainstream.”

In case you didn’t notice, EV’s are still in the beginning section, only converting “early adopters” right now, as the market watches and thinks about future purchases. And since cars last 10-20 years… it’s going to take some time before the old cars die and hit the junk yard, and EV’s have a chance to be a part of the conversation. It’s also a chicken and the egg scenario where you can’t sell cars if you don’t have them, and buyers can’t buy cars unless you have them to sell, and in significant quantity for all market segments.

Back to the “hockey stick”. Because of education, the market will continue to move slow… as folks flush out the many questions mentioned above, and buyers give these products a real chance. But that’s only part of it. Much of growth is dependent on SUPPLY. If supply is constricted, then sales will be limited. If supply is constricted and demand is low, profitability will continue to be limited, and thus development money for new and different models will be limited.

So, the stick will stay… until enough time transpires for development and cash can contribute to a product that closely fits the “meat of the market.”  So the picture (above) is how I think the EV hockey stick will look.

Editor's Note:  Besides writing here at InsideEVs, Cody also runs a blog (Reel Marketing) that covers topics from the Chevrolet Volt to marketing to lava flows in Hawaii. Check it out here