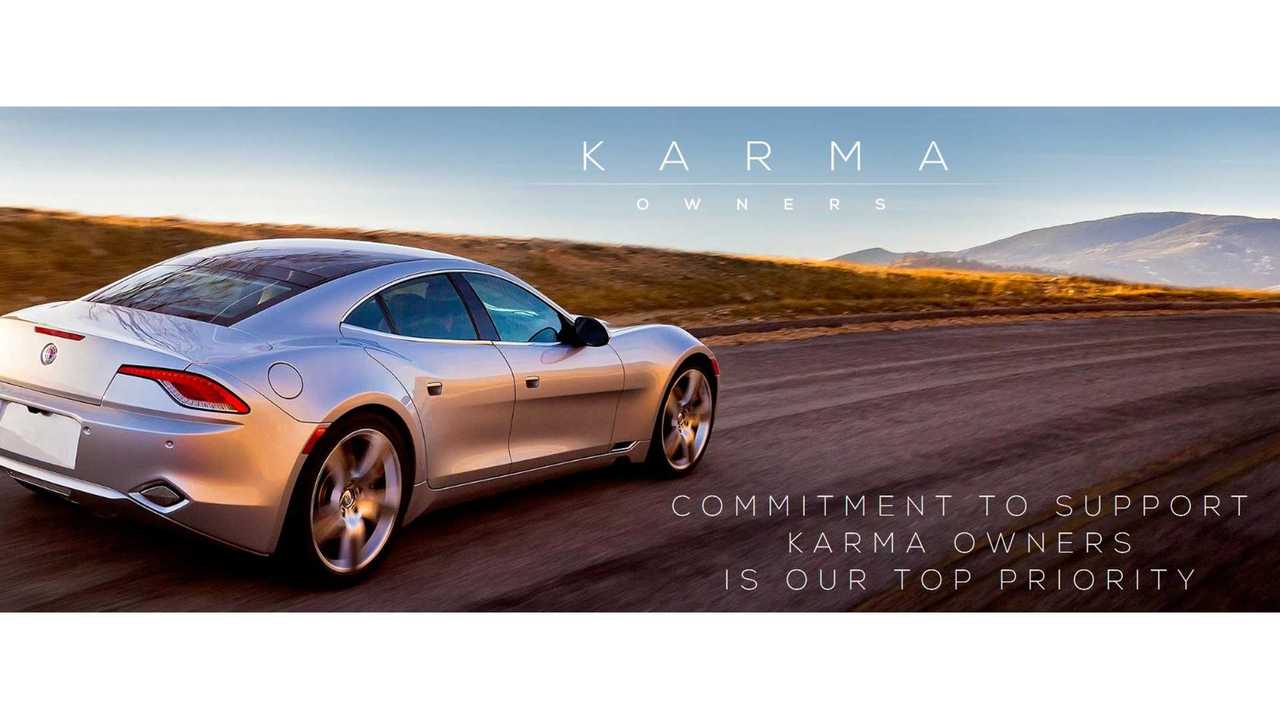 In May Fisker Launched Service Programs For Current Karma Owners

Stop us if you have heard this before - Fisker Karma production will apparently be resumed in the near future.

This Was The Scene 4 Years Ago When The First Karma (Of An Eventual 2,500-odd) Rolled Of Valmet Automotive's Assembly Line in Finland

Yes, the Karma that was already promised by new owner Wanxiang to be re-introduced months ago, but who instead saw its assembly line in Finland shuttered and disassembled, once again has another target date for production.

But never mind all that old water under the bridge, as Jim Taylor - Chief Marketing Officer for the company has told the Orange County Register that the re-birth is really underway this time.

Mr. Taylor says the 'new Fisker' is building a team to launch the Karma now in 2016, while adding the resurrection “is going to be a great brand comeback.  Comeback sometimes has a dangerous twist to it, with feeling like things have to go way down and come back.”

The optimism of man paid to be optimistic is truly something special:

“Fisker came back from a bankruptcy, but the vehicle and the brand itself was tremendous on first launch, so this is more of a rebirth or a second life."

The company says that the employee head count from home base in Costa Mesa has moved from a low point of only about 20 to over 200, and work on Fisker's 550k+ sq-ft facility in Moreno Valley to build the new Karma is now getting underway.

Some parts from the previous assembly line are now en route to Southern California (from Finland), and production is expected to begin next year, with some new tweaks on the previous platform.

Fisker is also currently reaching out to old part suppliers to see if new deals can be struck moving forward, and has 150 unsold Karma mules to aid in development, research and testing of a new generation.

The company has not given any specifics of what changes will be made to the next Karma, but does confirm that it will continue to be a plug-in hybrid luxury vehicle.

Just like old times, no Fisker interview would be complete without some mention of its California-based rival, Tesla Motors.

“One of the mistakes that all car companies make is to talk too early about what might be,” Taylor said to the OC Register, noting Tesla's oft-delayed Model X. “We want to be out next year. Midyear is our target. That’s what we’ve told the plants and our suppliers, but we won’t make any promises to say this is our launch date, get ready.”

Given the many quality/software issues that arrived with the original Karma as it was rushed to market to keep its DoE ATVML loan program active, we would much rather see Wanxiang take its time bringing the new Karma to market, and to do it right.

We encourage you to check out the fairly extensive report and interview at the Orange Country Register here.