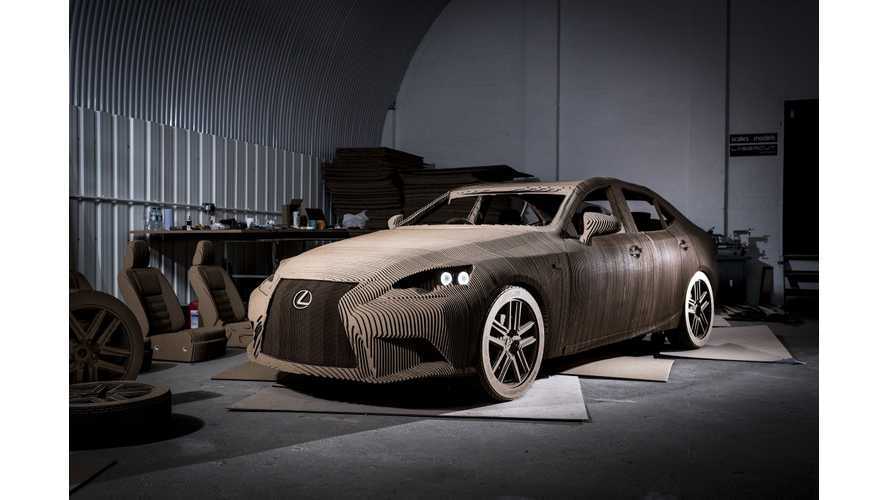 Lexus and electric car? That can't be true after Lexus' shots at EVs, but maybe times are changing.

Quality of the assembly seems high. A lot of work with cardboard and laser cutting.

"You can build a lot of things out of cardboard, but Lexus is probably the first to build a working electric car out of it."