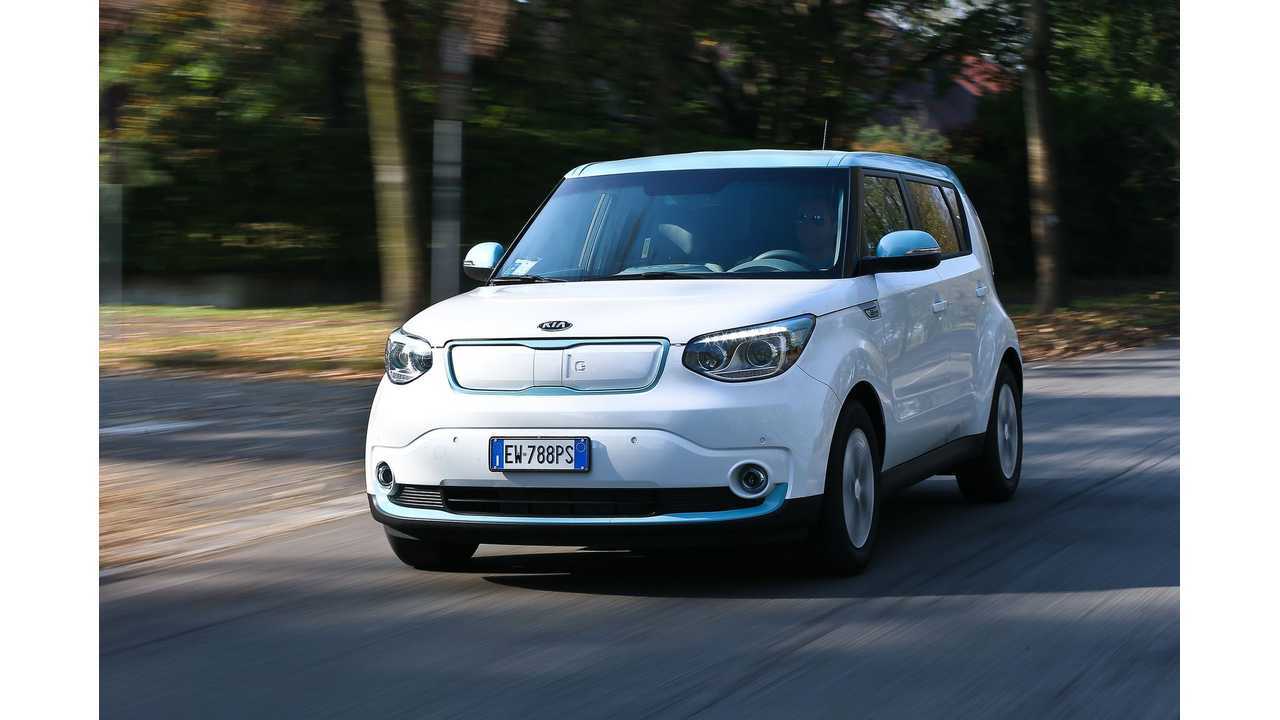 Like other 2017 models, including the BMW i3, the refreshed 2017 Kia Soul EV is expected to benefit from advancements in electronic technology.

No specifics have been disclosed, but Autocar suggests that range for the 2017 Soul EV could jump beyond its current 93-mile EPA (132 mile NEDC) rating for the 2016 Soul EV.

Update: Article adjustment - the estimated range improvement is now for an unspecified increase over the current edition

Autocar acquired some spy shots of the 2017 Soul EV (which one can find at the source link below) and describes the changes as follows:

"Although the car pictured is largely under cover, new headlights, redesigned air intakes and new tail-lights are just about visible."

"The model’s overall shape remains unchanged, but a heavily disguised cabin suggests more significant updates are being applied inside."

Speculation has also surrounded the possibility that the Soul EV will ultimately not live on past this first generational model, what with Hyundai/Kia coming online with other BEV projects (and in saleable/profitable volumes).