Nationwide Order Books For 2017 Chevrolet Volt To Open This December 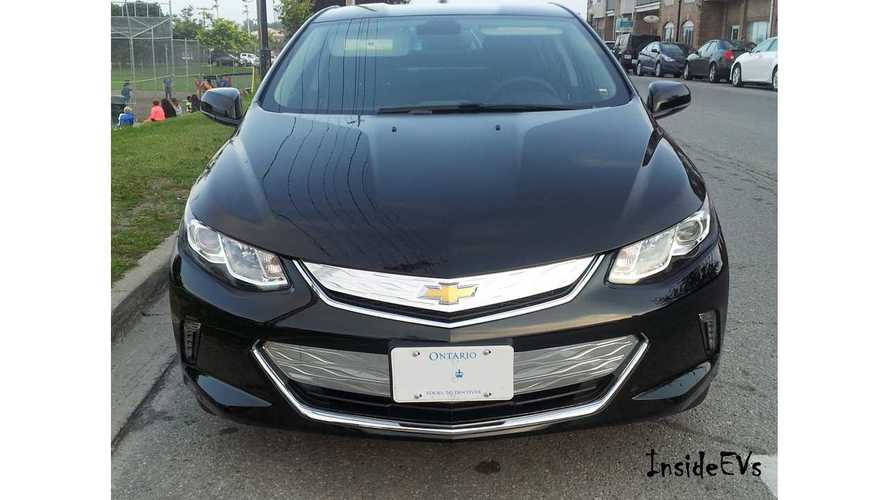 According to General Motors, orders for the 2017 Chevrolet Volt will be accepted nationwide starting in December 2015.

This revelation came recently as a Chevrolet customer service representative posted on GM-Volt.com:

"We apologize for any delays, please know that no sold orders will be canceled. The announcement made last week was in an effort to establish a process for fulfilling sold orders while assisting current Volt owners, who are under special circumstances and in need of a Volt now. For customers who were unable to place an order in time or do not reside in states that will be receiving the 2016 Volts, you may begin ordering the 2017 Volt in December nationally. The 2017 model year production falls within a typical 2016 model year time frame. Please don't hesitate to send us a private message if you have any additional questions."

First production of the 2017 Chevy Volt will commence in February 2016, with deliveries likely happening ~6-8 weeks later.  For its part General Motors has said the 2017s will arrive "in the Spring".

We hear that 2017 Volts will get a few additional features not found on the limited-production 2016 model. Those features include Android Auto and Adaptive Cruise Control, a baby step towards autonomous drive.

We have a suspicion that additional (not yet announced) 2017 Volt changes/features will likely be revealed at a later date; perhaps in December.