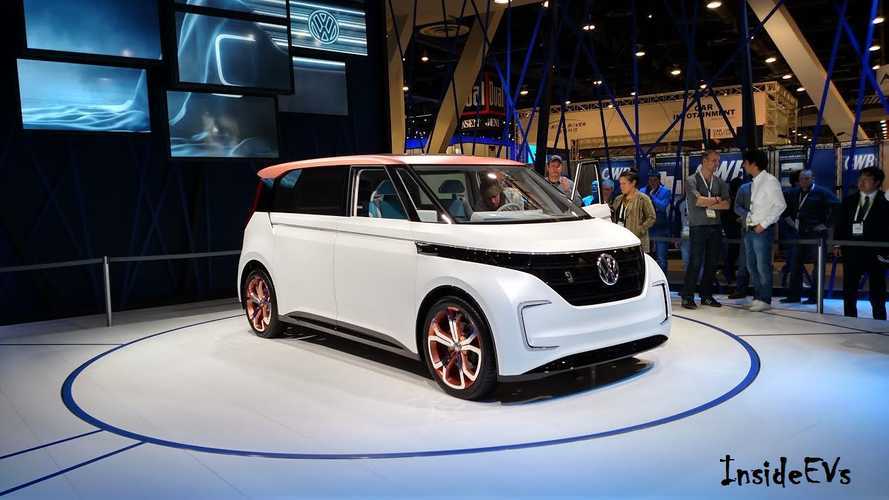 AutoExpress was lucky enough to get an exclusive opportunity to sit behind the wheel of the concept Volkswagen Budd-e.

Calling it a test drive review is a bit of a strecth, but it's good to hear that this particular concept is indeed driveable.

"Simply wave your hand next to the door and it slides open to reveal one of the most advanced interiors around, with a completely button-free digital dash. By swivelling the rotating seats 180 degrees, both the driver and front passenger can interact directly with those in the rear. The impression is more of a lounge than a car."

"The availability of torque comes as a pleasant surprise, as the car ushers you along at a decent pace. Plus, the AWD adds an unexpected sporty feel."

The 101 kWh battery pack makes BUDD-e a heavy vehicle, as AutoExpress guesses that the production version battery will weigh more than 600 kg (1323 lbs). The good thing is that battery is positioned low, which helps to limit the negative impact of all that mass.

Aside from the positivity that will always come from using a universally recognisable shape that incorporates some of the genes of the beloved Microbus, VW wants to make a serious point about its future with the Budd-e. The fully connected and interactive people mover could be on the road by 2020. With no exhaust emissions, an extended driving range between charges and a futuristic gesture controlled cockpit it says things are looking up for VW."