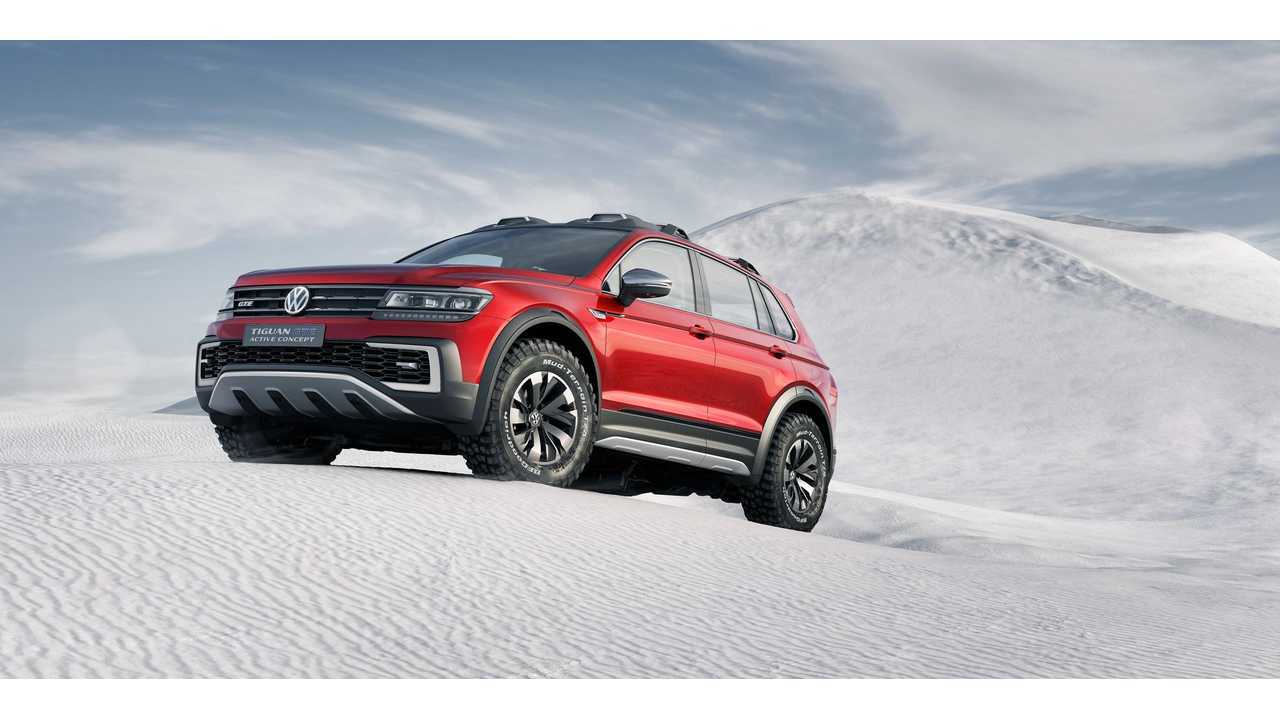 Volkswagen, who for years was lagging behind the electric vehicle leaders, recently issued a press release (a feat for which the company has no equal) titled "Europe Needs to Lead with Electric Mobility". It's worth a read:

"The Volkswagen Group wants industrial companies and policy makers to work more closely on the future of mobility in the EU. Europe needs to take the technological lead in future areas of the automotive sector and work with policy makers to create the necessary framework conditions, demands Volkswagen CEO Matthias Müller at the company's traditional New Year reception in Brussels. Whether digitization, autonomous driving or electric mobility – Europe should set the course "also in terms of infrastructure and the right legislative framework," Müller told the numerous honorary guests and EU parliamentarians. "We must not leave this playing field to Silicon Valley."

The Volkswagen Group wants policy makers and the automotive industry to cooperate more closely on digital transformation and electric mobility. "The efforts of our industry alone won't be enough. We need to work together to make sure that Europe remains innovative and competitive as an industrial location in a rapidly changing world," Müller emphasized in his speech. "A true breakthrough for electric mobility will only be achieved if politics, society and authorities work together more closely." He used the lack of infrastructure as an example: Europe desperately needs an extensive network of 150 kW rapid charging stations. Customer trust in e-mobility will only grow "if there is a visible, functioning infrastructure," said Müller convinced."

There is only one volume electric car maker in California that sells EVs in Europe, so we understand that Volkswagen CEO Matthias Müller had Tesla Motors on his mind.

Volkswagen for sure isn't happy with Tesla Motors' position and achievements in luxury sedans.

And here comes the second part on 150 kW fast charging infrastructure, stated to be needed to make long-range EVs capable of traveling cross countries. Tesla set its own 120 kW network, but it now seems as though Volkswagen Group intends to get help for CCS Combo from the European Union.

We could bet that the coming years probably will bring new infrastructure programs with 150 kW CCS Combo funded at least partially by the EU, but we do wonder whether there will be CHAdeMO included in the mix as well (and at what power level) and how Tesla (and others - maybe Apple) will respond.

A similar topic is on the table in the U.S., where a decent high-power fast charging network for non-Tesla long-range EVs is also needed. Anyone eager to soften the bill for chargers voluntarily?

"The CEO promised that Volkswagen would concentrate on sustainability "more than ever before" and that would include the company's products, strategy and management. He will present the new Strategy 2025 for the Group this summer. Among other things, the company's brands will introduce about 20 additional models with electrical or plug-in hybrid drive trains by 2020, announced the CEO.

When looking at the emissions issue of the past few weeks, Müller explained to the EU parliamentarians in Brussels: "We are using the current crisis to fundamentally realign the Group. I strongly feel we now have the chance to build a new and better Volkswagen."

The CEO emphasized that Europe's largest automobile manufacturer would have the emission values of its vehicles checked and certified by external and independent inspectors in the future. The company vehicles will also be tested randomly under real driving conditions, Müller went on to explain: "We hope this will help to win back trust."

He was convinced: "The industry-wide discrepancies between the official test results and actual consumption are no longer accepted and no longer acceptable. We need to break new ground here."

The CEO stated that EU-wide, comprehensive technical solutions for the approximately 8.5 million vehicles have been agreed. The retrofitting will start this week. Customers can rely on Volkswagen, emphasized Müller in Brussels: "We will manage the recall in the most customer friendly and best possible way."

The Volkswagen Group has twelve brands from seven European countries. Volkswagen has more than 440,000 employees at 72 locations in Europe. The Group is the largest industrial investor in many EU countries. Müller emphasized that Volkswagen remains dedicated to Europe as a development and production location: "Volkswagen believes in Europe. And I see it as our and my core duty to make sure that Europe can trust Volkswagen in the future."