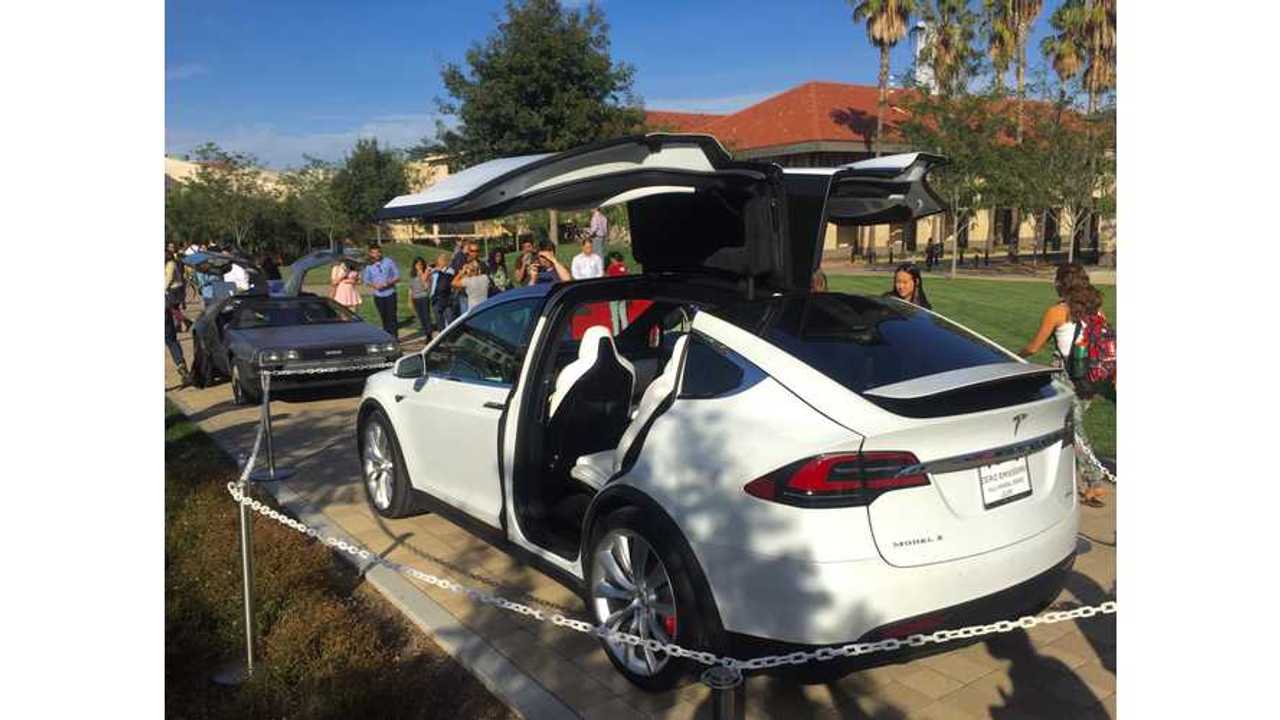 The video captures a DeLorean DMC-12 with its gull-wing doors open and compares it to the Model X's falcon doors.

"Future Fest at Stanford — with a “Backing the Future” theme, as it was the 30-year anniversary of the movie Back to the Future, as well as the 30th year of DFJ. In the movie series, they jump to THE FUTURE… and it’s October 2015. So we had a tricked out DeLorean, and staged perhaps the first face-off of the gull-wing doors and the Model X falcon-wing doors."

And finally the video:

Bonus video of Jurvetson driving his Model X through the Engineering Quad at Stanford (some NSFW language):