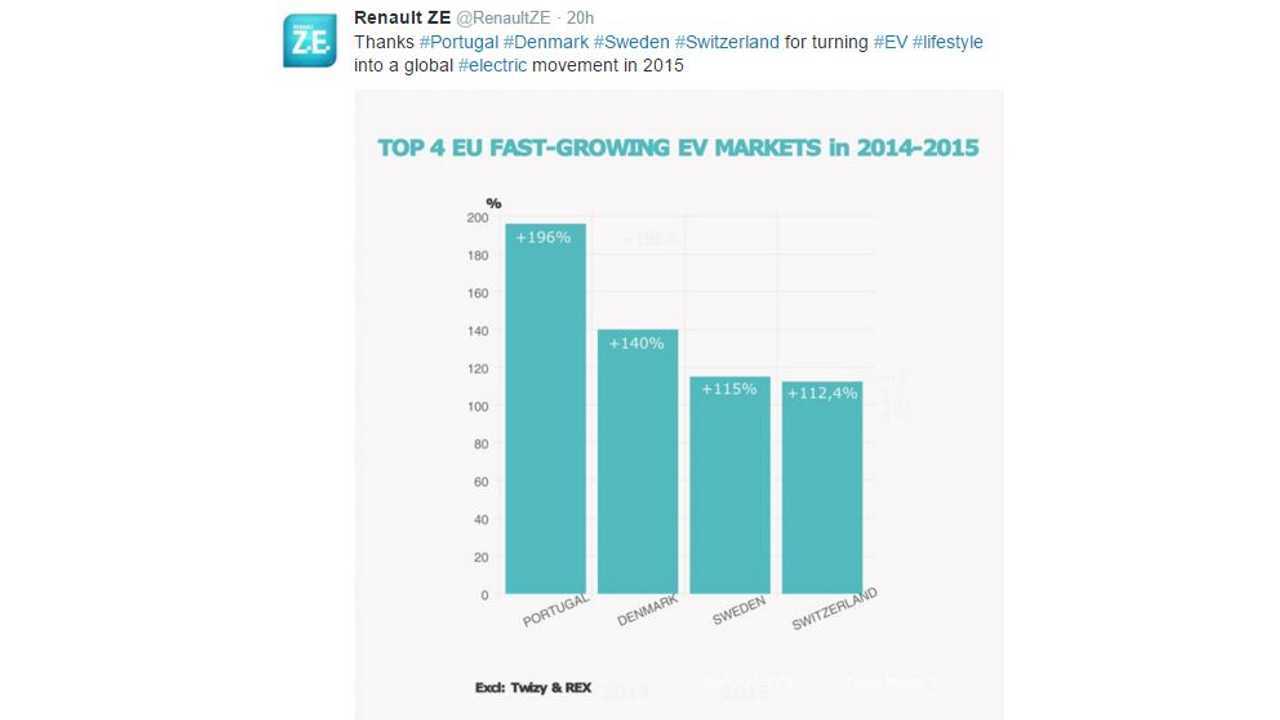 Most of us know that the Top 4 countries in Europe in terms of annual all-electric car sales are Norway, France, Germany and UK (in that order).

But what if we examine only sales of pure electric cars and look at just the biggest growers (meaning the countries with the most growth in electric car sales from 2014 to 2015)?

Well, if we're looking for the most growth in Europe, then the Top 4 list changes entirely.

Seen above are the Top 4 biggest growers in the European Union in 2015. Surprisingly, Portugal (a country seldom mentioned in connection to electric cars) is #1. Denmark, Sweden and Switzerland are 2 through 4, respectively.

From January through October 2015, electric car sales (including plug-in hybrids) stood at just 872 units in Portugal with the Mitsubishi Outlander PHEV occupying the top spot. Though total sales are still low, growth in 2015 was extremely high, driven mostly by the arrival of several new models onto the Portuguese market.