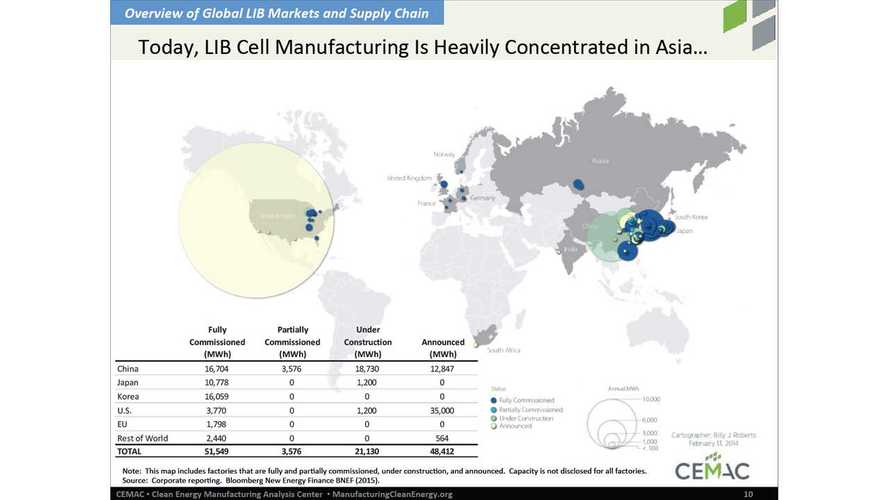 Tesla Gigafactory's 35 GWh of lithium-ion cell manufacturing capacity is a value so high that it's hard to fathom.

The size of the bubbles correspond to the factory capacity.

While today the overwhelming majority of capacity is in Asia, in the next couple of years the US will have largest single factory in the world.

That's important because today there is not much capacity installed in the US. Just over 7%, including Nissan in Tennessee, LG Chem, A123 Systems, EnerDel and few other companies.

"Historically the U.S. has not been a leader in LIB production, and currently hosts 7% of global LIB capacity. However, Tesla’s recent announcement to build a 35 GWh LIB manufacturing facility in Sparks, NV would significantly increase the U.S. share. While the factory is set to begin initial production as early as 2017, the schedule for full production remains unknown."

It seems that as of today the largest lithium-ion battery in Europe (UK) belongs to Nissan, while in the US Nissan and LG Chem have similar capacity.