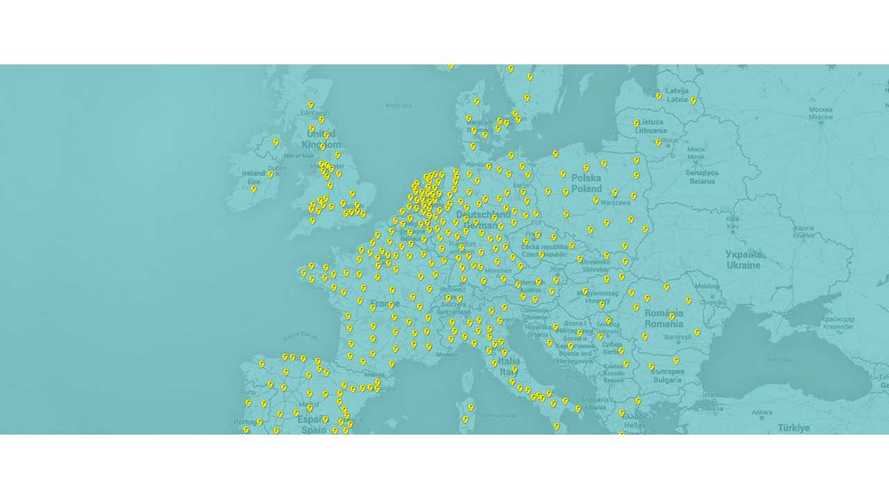 Michiel Langezaal, co-founder and CEO of Fastned, a Dutch fast charging network company, published earlier this month a blog post presenting its vision of fast charging in the future.

In phase one, Fastned is building in the Netherlands a network of about ~200 fast charging stations, all with at least two multi-standard chargers (50 kW) and space for a total eight.

"High visibility and familiarity. Stations provide shelter and - perhaps more importantly - their very form makes their intention strikingly visible. Everyone can see the infrastructure is there, and this visibility is crucial for customers to find us. Fastned stations have the look and feel of regular gas station - except that they run on renewable electricity!

Reliable and redundant. We believe that stations with multiple fast chargers have fundamental advantages over individual chargers. Multiple chargers guarantee redundancy (if one is out of order you can still charge). Moreover, the waiting time is vastly reduced: the chance that a single charger is occupied is relatively high, but decreases significantly with more fast chargers. Each additional charger therefore decreases the possibility that you have to wait before you can start charging."

Fastned's vision goes far beyond the Netherlands to create a pan-European network in the future and increase the power of chargers to 150 or even 240+ kW.

Fastned: Battery developments in the next five years

The second reason to increase charging power is to improve profitability/lower costs as higher power chargers will translate to only a modest infrastructure cost increase, according to the article. 150 kW will give three times higher charging capacity (three times more moved kWh or three times more cars at the same amount of dispensed kWh).

Fastned: Fast charging developments in the next five years

We in general like the Fastned vision, but some controversy appeared in Michiel's article when in comes to slow public AC charging.

We will quote that part as an interesting glance at the charging problem, staying cautious about the possibility of reliance only/or mostly on the DC charging. Lack of home charging spot sat scale of 75% of households is a big problem (China probably is the best known example of this):

"Serving those who do not have their own driveway

Charging at home is obviously convenient. However, families with their own driveway are the exception, not the rule around the world. This is especially true in cities. For example, in the Netherlands 75% of the households cannot charge their car at home.

We believe that faster charging is the only long term solution to make charging affordable for those who do not have their own driveway. Charging at more than 1200 km/h (240+ kW) means that an average car owner who drives 15.000 km annually charges approximately once every week for 15 minutes.

And while (public) AC charging is generally done at night, the most powerful potential source of renewable energy - the sun - shines during the day."