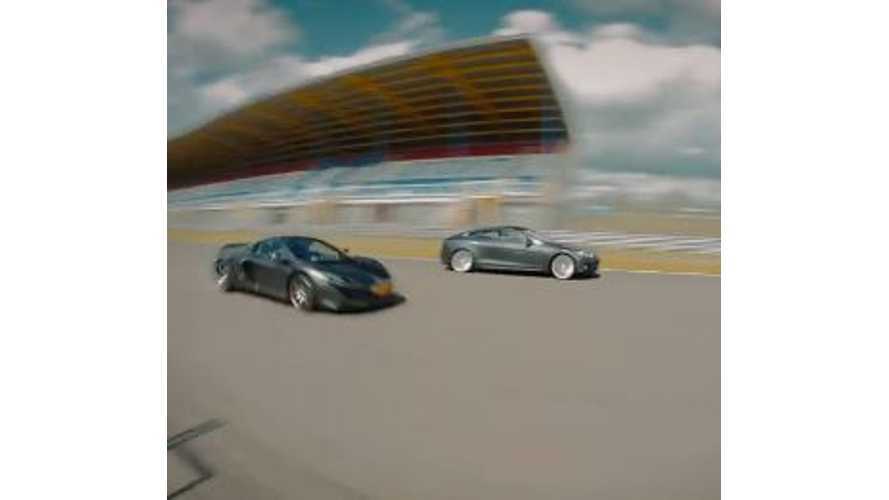 Last week via Twitter, Tesla CEO Elon Musk alerted us to a race between a Tesla Model S P85D and a 650 hp McLaren 650 S.

Autovisie TV - Can an electric car like the Tesla Model S P85D chopped making a supercar such as the McLaren 650 S at a stoplight sprint ? Yes ! Werner Budding took the acid test and challenged a typical lease car driver with a Tesla to take on a brutal McLaren supercar like this

And here's the race video (actual race starts at 2:20 mark - but still do check out the professional intro for the McLaren):