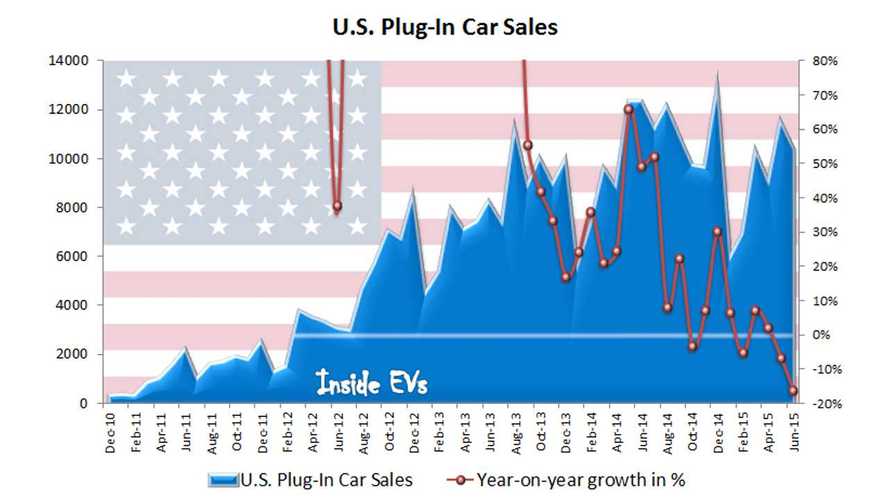 The overall market shrank by over 3% in the first half of the year. New models on the market and a rush of Tesla Model S sales (up over 50%) didn't make up for the drop of LEAF, Volt and Plug-In Prius.

The second half of the year has the potential to rebuild, but that all depends on the 2016 Volt rollout, Model X and and an improved offering from Nissan.

As of today, average market share of electric cars is at about 0.64%.

There are over 20 pure electric or plug-in hybrid cars on the market.

Some of the EVs, available from the beginning, have had a clear advantage in the above graphs over the newcomers. Let's now check which models are selling the best so far this year:

All data based on InsideEVs' Monthly Plug-In Sales Scorecard.